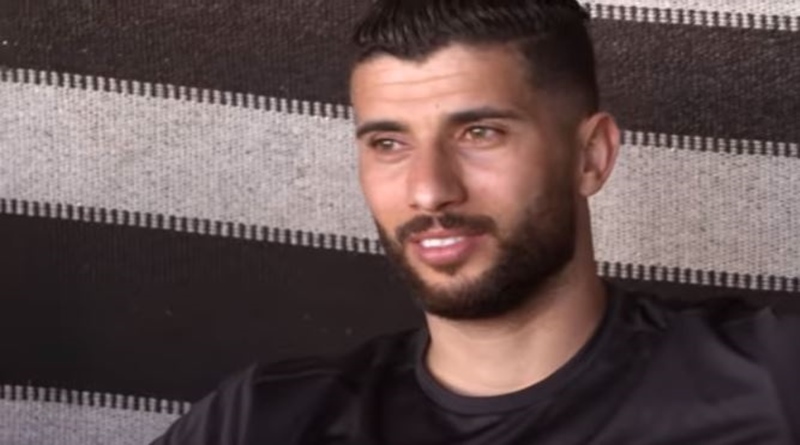 90 Day Fiance: The Other Way rumors run rife on social media. TV Shows Ace reported back in July, that Aladin took down all photos of Laura and he unfollowed her. However, we did note that Laura still shares photos of him. At the time, we noted, “It all seemed to come about after the latest ‘Jiggy jig’ episode where Laura talked about her love life between the sheets.” At the same time, more rumors of a split surfaced via someone supposedly Laura’s son on Reddit, that it all turned bad and she’s in the USA. Now, thirsty fans flock to his IG and many of them are direct proposals. Certainly, not all of them are in jest.

90 Day Fiance: The Other Way keeps fans hooked on Laura and Aladin’s storyline

We know from Instagram that the couple enjoyed some awesome vacay time in Tunisia. However, we noticed in the TLC show, that Laura seemed to exhibit an alarming lack of cultural knowledge. So, all may not have been as good as it looked in the photos.

Of course, with all the deleting and blocking, following, unfollowing, 90 Day Fiance fans see another Ashley and Jay situation emerge. As long as TLC keeps the fans guessing, they’ll keep returning to watch the outcomes. Hooked on the storyline sees many fans actually hoping that they split. And, not all of the comments come across as joking about being a sister wife, or even any kind of wife.

On Thursday night, Aladin posted up a photo of him on Instagram. He’s wearing gray pants, brown shoes, and a light blue button-up shirt. He’s smiling into the camera, looking rather handsome. He captioned it with, “Picture of the day 😁🤵,” adding #wedding as a hashtag. Of course, fans instantly started asking if he and Laura split or stay together. Lots of people referred to the so-called info from Laura’s son who said it fell apart.

Obviously, the contract with TLC forbids stars of the 90 Day Fiance show from spoiling the outcomes. So, no surprise that fans never got their questions answered by Aladin. Admittedly, in an intimate way, the size of his what-not got discussed. That came after Laura made disparaging remarks about his performance between the sheets.  Comparing his small feet to the size of other body bits, made for quite a funny Pillow Talk-style conversation.  And, lots of fans said he was totally safe from American women. However, it appears that lots of fans really thirst for this guy.

Proposals and the thirsty fans flocking on IG

Quite a lot of onlookers in the conversation really came over as a bit shocked by some of the obviously thirsty proposals. In fact, one follower posted, “Girls are just hollering to be the sister wives 🤣.” And, it’s no wonder, when you look at the comments. Here’s just a few of them from 90 Day Fiance fans:

Many similar posts had some fans calling for Laura to come on the chat, with one posting “Laura you’re needed in the comments!! These women are wild lol.” What do you think about all these thirsty fans hitting on Aladin on his IG? Did you think it’s funny how many proposals he got? Sound off your thoughts in the comments below.