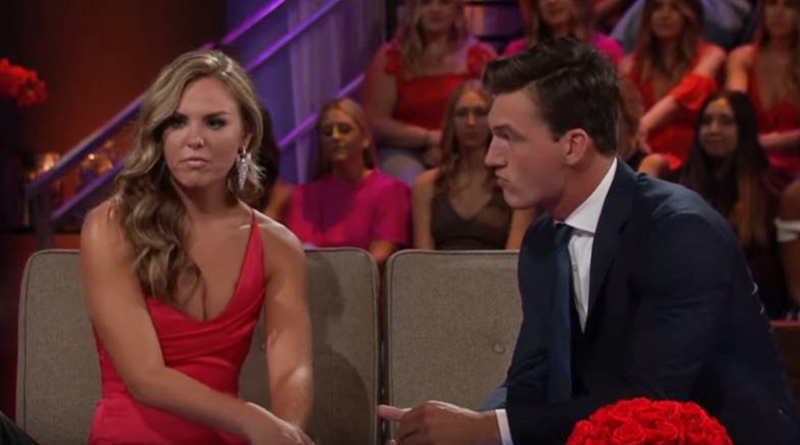 The Bachelorette fans couldn’t help but hear how Tyler C went on two dates with Gigi Hadid just days after having a drink with Hannah B.  TV Shows Ace reported that quite a lot of Bachelor Nation fans trolled on Gigi’s Instagram account. Many of them felt Gigi was “stealing Hannah’s man.” But after an interview on the Bachelor Happy Hour podcast, where she played the victim to Tyler C not everyone feels sorry for her. In fact, some fan’ comments are hilarious. The top funniest comment could actually start its own trend.

In case you never watched the outcome of The Bachelorette this season, Hannah B came down to two men. Tyler C and Jed Wyatt proposed and she rejected Tyler. Actually, she cut him off and went off into the sunset with Jed. Or so she thought. By the end of the season, she knew about Jed using the show to boost his music career. Plus, she knew that he allegedly cheated on his girlfriend for the show. So, she dumped Jed.

Then on national television, she asked Tyler out for a date. Obviously, he was not going to insult her or anything, so he agreed to it. They met, they drank, they talked all night, and he left. Even Hannah said they felt they were both single and could date who they wished. Well, Tyler C wished to date Gigi Hadid and he even spent the night over at her place. After that, Hannah played the victim, and fans don’t all cheer for her.

Speaking on the Bachelor Happy Hour podcast, it turned out that Hannah B has a “beef” with Tyler C. It seems her “beef” stems from the fact that two days after Tyler met her for drinks, he dated Gigi Hadid. In the podcast, Hannah B said, “And the thing is…we are not dating – dating, at all, we hung out, but we also had conversations of both like knowing that there’s still something there. And when you are in the public eye, you do just have to be respectful of each other. Yeah, I wish I would’ve got a little bit more than two days.”

The Bachelorette fans got to discussing that on the E!News Instagram page, where they shared the bit about “two days.” Here’s what some of them said about it:

Many more similar comments came from The Bachelorette fans, but the best was yet to come.

Every rose has its thorn and Hannah admits she got pricked after Tyler's very public dates with Gigi. Pick the link in our bio for why Hannah says she's got beef. (📷: ABC)

The funniest fan comment about Hannah B and Tyler C

There were some funny comments as well, but one stood out. It came from @ashormsby, who wrote: “Tyler’s response should be “I wish I would’ve gotten more than second place” 🤣.” That would totally match with Hannah B saying, “I wish I would’ve got a little bit more than two days.” That comment got nearly 2,100 likes and plenty of laughing emojis.

The next most likes on a sarcastic comment came from @adriiiixoxo. It got 1,500 likes: “GIRL!!!! YOU WENT FOR TYLER AS A SECOND CHOICE! GET OVER IT.” Another on-point comment came from @cristinalujan, who noted, “Girrrrrllllll!!! Take a seat…allll the way in the back of the class…you’re about to get schooled!!! It’s Gigi Hadid’s FIRST choice and she gave him her FINAL rose 🌹.”

What did you think about Hannah B playing the victim over  Tyler C only giving her two days before he dated Gigi Hadid? Did you think the funniest comment from @ashormsby about “second place” was a good comeback? Sound off your thoughts in the comments below.