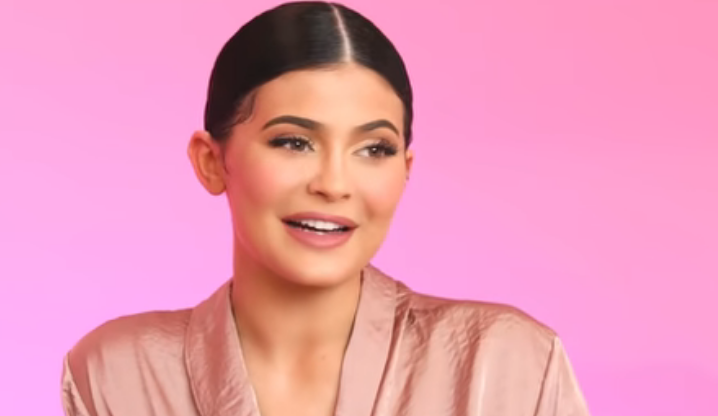 Kylie Jenner got photographed on Tuesday as she boarded a private jet to take off for her over-the-top 22 birthday party. The Keeping up with the Kardashians star had already been surprised by her boyfriend Travis Scott to start the festivities. He filled her house with rose petals. In the Instagram video, you can see Stormi playing in them on the floor.

In the picture taken of the jet, she boarded in LA accompanied by a white garment bag. It had been put onto the aircraft by the crew members and a white train hung out the bottom of it. Fans lost their minds even though it could be said the dress looks like it could be a very fancy party dress. Without seeing the whole thing how can one be sure?

Is Kylie Jenner Just Messing Around With Her Fans And Tabloids

According to Elle several sources said Kylie Jenner and Travis are not getting married. They are going to Italy for her birthday to cruise around on a yacht. There are multiple sources that say Travis and Kylie love to mess with people. Among the partying couple are friends Scott Disick, Sofia Richie, Stassi Karanikolau, and Kris Jenner.

It is possible she just had the dress put on the jet to get people’s attention. The two call each other husband and wife although they are not yet engaged. Kylie Jenner could have just said, you know what would be funny, to load a wedding dress onto my private jet. Who knows? They could all also be lying to keep the paparazzi away from a wedding that would be considered gold to them. It’s happened before.

Will The Reality Star Announce Her Engagement And Wedding If This Is A Joke?

Kylie has said in an interview she wouldn’t have a secret wedding. She said if he proposes, I will let everyone know. For someone who lives her life so openly, this makes sense. Besides this crew gets big money out of weddings, everyone remembers Kim and Kris. Knowing Kris Jenner she’s probably lobbying for a public affair.

As for Kylie Jenner and Travis Scott, friends think an engagement could happen any day. They are completely in love with each other and Stormi. We’ll just have to wait to see if they really are just celebrating her birthday or if they pulled off a secret wedding, either way, the pictures will be great.

Make sure you don’t miss Keeping Up with the Kardashians on Sunday nights on E!.