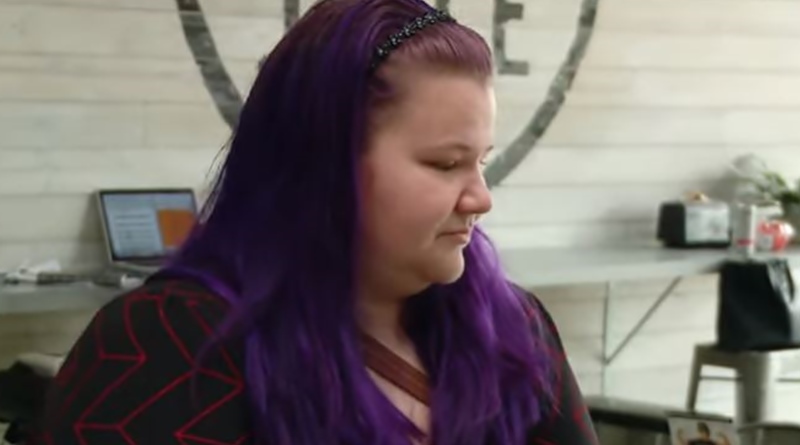 90 Day Fiance star Nicole is getting a lot of negativity these days. Rumors that she’s actually running Azan’s Instagram flood social media. Her Instagram’s overflowing with unsympathetic people who constantly tell her what she should do with her life, and they mock her about Azan’s account. Finally, over it, Nicole took her IG Stories and ranted at fans about Azan and her life decisions.

In July, Azan made his return to Instagram. Cheat Sheet reminds us he’s posting again for the first time since 2018. But many fans believe it’s not Azan running the account. Those that do think it’s him behind the keyboard slam him for taking money from Nicole. They feel sorry for her as she trusts him, and he never puts out. Others think she’s plain delusional for staying with him after all the years of their go-nowhere relationship.

Meanwhile, many 90 Day Fiance fans grow impatient with Nicole. Well, those that are not yet bored to point of frustration with her repeated failed attempts to make a go of things with Azan. After all, she’s been on the show for what feels like a lifetime. So, much sympathy fans initially had for Nicole evaporated over time. Now, the gloves are off as they troll on her IG.

Apart from criticism about the fact that Nicole encourages her daughter May to call Azan “daddy,” many fans give her advice. They tell her how to get rid of Azan, how she should educate her daughter, and much more. Now, with the trolling about her running Azan’s Instagram, it looks like Nicole reached her limit of tolerance. She took to Instagram Stories about it after many of these comments from 90 Day Fiance critics arrived on her IG:

#ThrowBack to our trip to Chefchaouen, #TheBlueCity! If you could travel anywhere in the world, where would you like to visit?

Nicole rants at the fans and critics who troll on her

Finally enough of all the 90 Day Fiance critics, Nicole went on a long Instagram Stories rant. In it, she said, “Can y’all just get off my back? I don’t want to hear any, “Well if you just..” or “If only you would.” I DO NOT want your advice.” She adds, “If you feel the need to message me about your concerns, DON’T.” A bit like fans are tired of the same old thing, it seems so is Nicole. She said, “I am Soooooo tired of y’all saying the SAME THING, over and over and over.” She adds, “You are [not] the first who is trying to tell me like it is.”

About the Azan account, Nicole ranted at 90 Day critics, “I barely have time to keep up with my own account. I absolutely DO NOT HAVE TIME to make a fake account of the man I’m seeing.” Next, she spoke about her mental health, noting, “I am not crazy and don’t have the time for all this cr*p.” Next, she told them to all “GET A LIFE,” as she “already has one.” Ending her rant, Nicole said, “Y’all are the ones who literally need to MOVE ON. The season is over, that is all.”

The season is over – will we see Nicole and Azan on 90 Day Fiance again?

As Nicole pointed out, the season is over. And, many fans fervently hope she and Azan don’t return to the TLC show again. Or, so they say. Despite her many critics, some kind of closure would be a good thing. Never mind the season, many of her fans genuinely worry about May, if not for Nicole.

What are your thoughts on Nicole finally losing it and ranting at fans about Azan and how she chooses to live her life? Sound off your thoughts in the comments below.