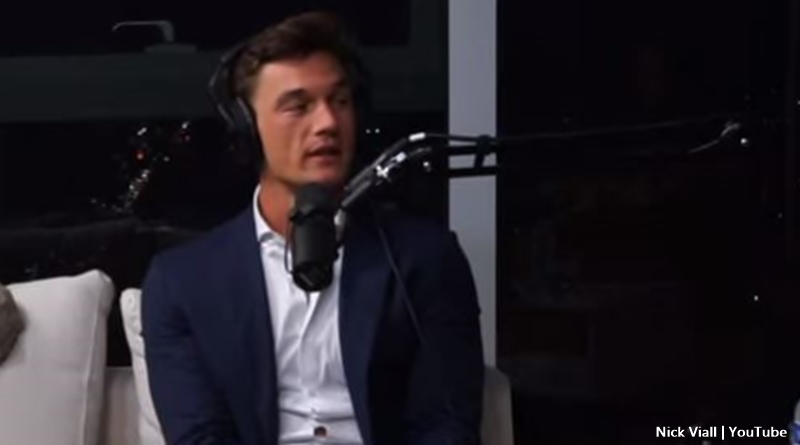 The Bachelorette’s Tyler Cameron’s racking up more drama now that he left the show. Before the final episodes, we saw tears streaming down his face after Hannah B chose Jed Wyatt instead of him.  Brokenhearted fans took to social media in droves to say that Hannah chose the wrong man. But, it looks like Tyler never stayed brokenhearted for too long. Twice, he went on dates with Gigi Hadid. On one of those occasions, he literally spent the entire night with her.

The Bachelorette: Tyler Cameron leaves Gigi’s place at 8.00 am

Fans of the show heard that Tyler and Hannah B got together for drinks after she dumped Jed for cheating on his girlfriend. Hannah invited Tyler and according to her, they talked (only) the night away. That’s a lot of talking. Speaking to Entertainment Tonight, Hannah B said that they parted as singles and both of them could date others if they wished. Well, it certainly seems like The Bachelorette alum’s going to do just that with Gigi Hadid.

As we know, Tyler ended up after a night out with Gigi, going back to her place. Believed to have stayed overnight, the news comes from US Weekly, that it ended up with him staying the entire night. They reported that a source told them the couple was at the Frames Bowling Lounge on Monday night. Cameron, 26, and Hadid, 24, made a stealthy exit and went to her place. He left her apartment “looking happy” around 8 a.m. and got into a car, the source says.

If fans of The Bachelorette are to believe Hannah B, then Tyler’s up for an all-night chat. But, come on who’s gonna believe these two talked all night? After all, it’s the second date. Those critics of Tyler who troll Gigi Hadid’s Instagram should note that Hannah certainly dished it out on the show.  It’s not like Hannah and Tyler made eternal vows of love, after all.

It got so bad with the backlash from disappointed fans that TV Shows Ace reported trolls were hating on Gigi a lot. In another article by Entertainment Tonight, even Chris Harrison was a bit taken aback at the drama by the fans. They noted he said, “If Tyler is bouncing around from girl to girl and loving the life and enjoying the limelight — which, by the way, good on him. That’s fine. If that’s what you want to do right now, I don’t blame him. ”

Lost chances for The Bachelor after night with Gigi

In the same conversation, Chris mentioned that Tyler’s maybe not demonstrating the type of behavior they would look for on The Bachelor. So, spending the entire night with Gigi Hadid just killed his chances at that next step up the Bachelor Nation rung.

What do you think about Tyler Cameron getting over Hannah B so fast? Do you think that he’s killed his chances at more ABC shows, and lost Hannah forever after rushing things with Gigi Hadid? Sound off your thoughts in the comments below.