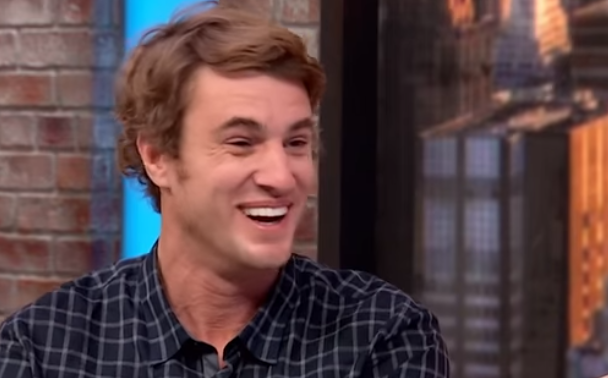 Shep Rose of Southern Charm has been in New York and his social media has been busy. Recently according to Page Six, the reality star mocked a woman collecting cans on the street. She covered her face and didn’t want to be on his video.

He continued to film her and is saying, “look at me. Nice cans! I mean the cans you have!” It’s a strange video to watch and hard to figure out what he was going for. He captioned the photo, “I love double entendres. Yes she was camera shy. But she laughed.”

On Monday, Shep Rose seemed unbothered by the fact, his fans were disappointed in him. He seemed to mock his fans and anyone who posted on his video.

To one person he responded that it didn’t matter what he found funny about it. Shep said, “You follow me. You can easily get out of the situation. I am not responsible for your happiness.” Fans can just hear him saying this as his fingers fly over the buttons on his phone.

Another Twitter user tagged Bravo, Andy Cohen Whitney Sudler-Smith and Patricia Altschul asking them what they were going to do about his disgusting video. To this Shep said, “Always get a chuckle when people try to send me to the principles office. I bet you were a scream in high school!”

Don’t body shame! Let’s more focus on the body of water 🥁 i can’t seem to not jump into any ocean/lake/lagoon. It’s like reverse evolution. Going to see @swollymammoth.llc when i get back to Chucktown. We need to get my Fall Body ready for football 🏈 season. #fallbod

So Why Did He Change His Tune Today?

Someone must have talked some sense into Shep Rose. It could have been all the people Twitter tagged or good friend Cameran Eubanks. Whoever it was took him down a level or two.

He came out with an apology of sorts today about the incident. According to People he tweeted, ““I know some people were upset about the video from Sunday night, It was a stupid joke and bad idea all around. Also a bit out of context. I spent a few minutes with her talking and telling jokes. She laughed a little. But Yeah, wasn’t cool or funny. Mea culpa.”

Some people think it’s a little too late after all the mean comments he made to fans on Twitter. Several people responded to this and a lot of them said things like, “there’s the non-apology we expected.” Others said they worked in shelters and volunteered in soup kitchens and he should do the same.  It’s clear Shep Rose is in damage-control mode. It’s yet to be seen if he can truly show he’s sorry, jury is still out.