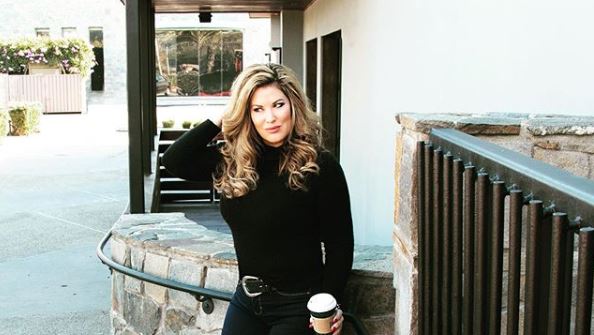 Emily Simpson of RHOC isn’t holding back when it comes to talking about her fellow housewives. She gets serious about her marriage and what it’s like to film with cameras rolling.

With season fourteen coming on when asked who is the most untrustworthy she didn’t hesitate. According to Too Fab she said, “I’m just going to group them together and say Tres Amigas.

To clarify, Emily Simpson says the three housewives; Shannon, Tamra, and Vicki have named themselves the Tres Amigas. They are the three that stick together and don’t go outside their small group. Simpson said, “I would be leery of trying to infiltrate. I don’t trust them as a whole, as a group.”

She goes on to say she’s heard from other women that Shannon Beador is completely different off camera than on camera. She said, “I don’t know her well at all, she still doesn’t talk to me very much.” She also said of Vicki Gunvalson fans shouldn’t worry about not seeing her. She’s not her biggest fan, but said, “I filmed with her a ton, so it’s not like she’s making a little cameo here and there. I mean, she’s very much a part of the show.”

What Did The Reality Star Say About Her Marriage?

Emily Simpson said, “you’ll see a lot this season and we definitely have our ups and downs.” Shane has been a big part of the show throwing Gina out of the house and fighting with Kelly Dodd. She said that has, “absolutely put a strain on their relationship.”

Simpson says Shane handles people making comments about him better than she does. She really gets affected by it while he laughs.

She also touched on the amount of cyberbullying she gets. Simpson says women call her disgusting and fat online. She said people have even said her daughter was fat. Simpson said she thinks it is ridiculous and she ignores it ninety-nine percent of the time.

It does still get to her sometimes. She says, “filming with such petite women, something I feel kind of like the Jolly Green Giant.” She ended the interview with a little tidbit about season fourteen. Emily says fans will be surprised her and Kelly are close friends. She said, “I’m not the kind of girl who holds grudges.” That’s clear considering Kelly called Shane several names. She said, “the relationship has done a three sixty.” Fans can’t wait for the new season of RHOC.