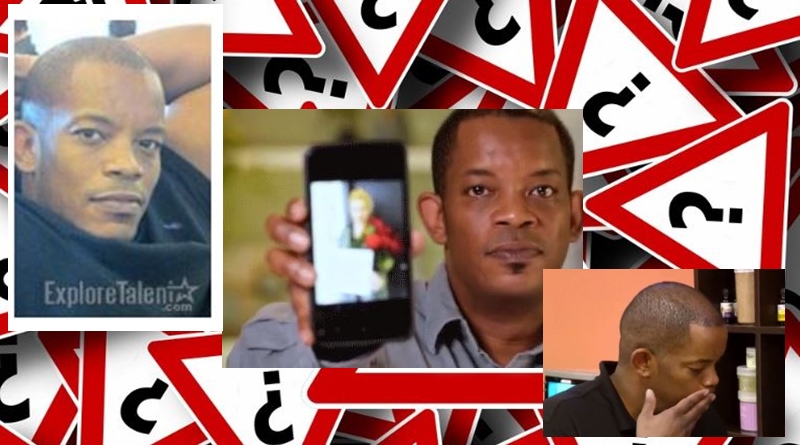 90 Day Fiance: Before The 90 Days brings us Ceasar and Maria. Within moments of watching the first episode, following on from the previews, fans felt Maria was a catfish. TV Shows Ace predicted that Ceasar was not likely to get the hate this season. However, we tipped Maria would get most of it. We noted that Ceasar was Mr. Nice Guy and everyone would love him, even though he’s ‘dumb.’ Now, it seems he’s about to go from hot to not with fans of the show. It comes after Starcasm reported their talent agency reveal.

In our article about Ceasar being the victim of a catfish, we noted, “Ceasar’s a really nice guy. He works hard as a nail technician and has long term clients.” We added, “Fans already like Ceasar for being a nice guy and already slotted him into the dumbest most scammed person on the show.” To back that up, here’s what a few followers said about him on Twitter:

Many similar sentiments came out about him being the most naive and nice, but dumbest guy on 90 Day Fiance yet. However, that might be about to change, following a report by Starcasm.

Reddit’s not the most perfect source for information when it comes to TLC shows. However, the talent agency reveal might be enough to take our Mr. Nice Guy from hot to not in the eyes of his adoring fans. In their article, Starcasm revealed they discovered Ceasar Mack had a profile on Explore Talent. Over there, he’s listed as an actor/model. Meanwhile, on his Instagram profile, it says he’s an aspiring comedian. Okay, we know he works or worked at a nail salon. But, nowhere on TLC do they reveal anything about the 90 Day Fiance star acting or being a comedian.

Reddit, we can take with a pinch of salt. People claiming to be relatives, fans, or close the cast often make outrageous claims. But it’s worth noting what Starcasm said about the leaks on Ceasar. They wrote about the leaker, she “later updated her entry to clarify that the information she shared was what she “hearrrrrd, ALLEGEDLY” “for his NDA sake.” But basically, she said that Caesar’s main motivation for doing the show was to “build up his acting resume.” Plus, they were never going to get married as neither of them want to relocate. However, TLC filmed the show anyway.

Fans react to the news about Ceasar and the TLC storyline

Fans of 90 Day fiance saw the story on Instagram and Twitter after Blogger John Yates shared it to his followers. He captioned it with, “Starcasm is claiming that Cesar and Maria broke up prior to the show filming and that production knew but decided to keep filming anyways.” He adds, “Maria never wanted to be on the show and that Cesar only wanted to promote his acting career.” Plus, “it’s involving multiple reshoots as there wasn’t much drama and Caesar wanted the opportunity to showcase his acting skills based on a Redditors claims. Maybe it’s true but I believe 0.00 based off anything said on Reddit.”

Starcasm is claiming that Caesar/Maria broke up before filming and production knew, and that Cesar only wanted to promote his acting career based on a Redditors claims. Maybe it’s true but I believe 0.00 based off anything said on reddit. #90DayFiance #90dayfiancebeforethe90days pic.twitter.com/d5e10XH1wH

Here’s how some 90 Day fiance fans reacted to the post:

What do you think about Ceasar popping up with a talent agency profile? Will, that make you change your mind about him? Does he go from hot to not in your eyes, if it’s all a faked storyline? Sound off your thoughts in the comments below.