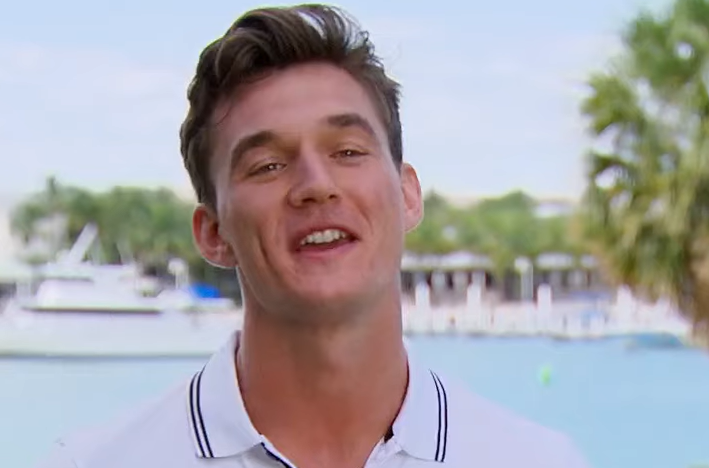 Runner up and possible new man of Hannah Brown, Tyler Cameron, is opening up about Jed Wyatt. In one of the most dramatic rose ceremonies ever Jed was given the rose. After this, however, Hannah found out he had a girlfriend when he came to the show.

Jed had originally said they weren’t that serious. Now according to The Cheat Sheet, Tyler is saying he didn’t see this coming and is disappointed in his friend Jed Wyatt.

Back in my element, feeling like a kid again. See you soon mama!! #JimmyNeutronHeadAhhh

Tyler Cameron Thought Hannah Would Be In Good Hands With Jed

Tyler Cameron said his heart aches for Hannah because he thought Jed would take care of her. He said he thought Wyatt’s feelings for Hannah were genuine but he didn’t handle it the right way. During filming he never saw any red flags. When he found out about his past, he was blindsided. He said he knew nothing of Jed’s ex-girlfriend.

When asked what he would say if he talked to Jed he said, “I’d just tell him I’m disappointed and I hope he can start taking steps in the right direction.” In an interview with People Cameron said he was ready to propose and shocked when she picked Wyatt.

“I 100% thought this was it,” Tyler Cameron recalled of the day he was set to propose, “I was the happiest I’d ever been. I thought that it was everything we both wanted.” It makes what Wyatt did that much more upsetting because Hannah could have chosen Tyler.

Is There A Future For The Runner-Up and Hannah B?

Tyler Cameron expressed how he felt about the whole experience in an Instagram post to Hannah Brown. He said, “This journey with you is something that I will always cherish. You taught me so much about myself and pushed me to be a better man. The world is yours girl, looking forward to that drink.”

The two reportedly got together for a drink, so there could be a future for the runner up and the Bachelorette. Tyler Cameron is just thinking of how things could have been. Bachelor Nation is watching and waiting to see where things go.

Hannah said, “Tyler Cameron will always have a place in my heart no matter what our relationship looks like. The feelings I developed for him were real.” As of to how she feels about him being the next Bachelor, she posted, “I’m going to be his biggest fan in whatever makes him the happiest.”