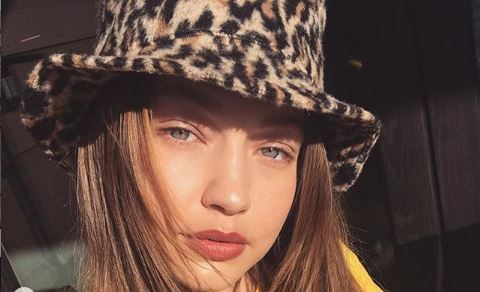 It was revealed last night that Tyler C of The Bachelorette went on a date with Gigi Hadid. Now, it turns out that they just went out on a second date. The couple actually went out two nights in a row. Last night they went to dinner and tonight it was another date. He even ended the night at her apartment last night after their date.

Tyler C and Gigi Hadid went on their second date tonight. E! Online shared the details about this date. It is pretty obvious that they aren’t trying to keep it quiet. They actually went out bowling tonight and it sounds like they had a good time together.

They went to Frames Bowling Lounge in New York City. Along with Tyler and Gigi were their friends. They must be introducing their friends to each other already. Tyler is also a model, so they do understand each other’s world.

A source did share her thoughts on Tyler. Here is what the source had to say.

“Gigi is definitely interested in Tyler. They met for drinks last night at Soho and they got along really well. It was very casual but they were laughing and had a very engaged conversation. They are both taking things slow but have both made it clear they are interested in each other.”

Right now, it doesn’t look like they are a couple. Both of them are enjoying being single. You never know what will end up happening, though. Gigi and Tyler could end up a couple eventually.

Hannah B and Tyler went on a date just a few days ago. He ended up being at her house the entire night. Obviously, they didn’t end up deciding to be exclusive during that time together, though. Right now, Hannah is living in LA and Tyler is in New York.  He has options right now.

Do you feel like Tyler C and Gigi Hadid would make a great couple? Share your thoughts in the comments. Don’t miss new episodes of Bachelor in Paradise on Monday and Tuesday nights on ABC.