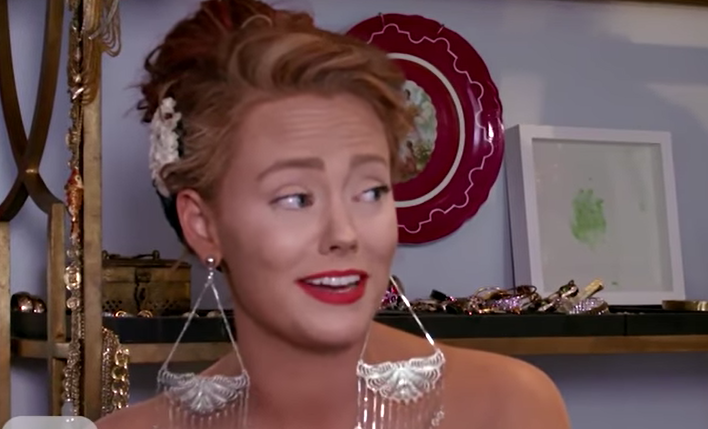 Southern Charm has it’s share of cat fights and vindictive Betties. That’s why when two of the girls are getting along, it’s so much nicer. Danni Baird is stepping up to help Kathryn Dennis as she continues to fight Thomas Ravenel.

The two fought in recent episodes but both have said on Instagram that they are fine. The two are quite close and hang out all the time. That’s why Danni was able to come to Kathryn’s aide with Thomas’s accusations. Baird had said we were tired of people messaging us and asking if we were friends. Since the episode airing would have more arguing they made a video. They posted it on Kathryn’s Instagram saying they were still great friends. The two talked about what happened when they did fight.

we out here just moonwalking 🌈🍦

The two still are engaged in a fierce custody battle with the latest accusation being Kathryn let daughter Kensie watch Southern Charm. In the episode in question, Kathryn talked about the charges brought against Thomas and being a single mom. The reality star is crying and saying she doesn’t know what she’s going to do if he goes to prison.

He said according to The Blast, he didn’t want his kids watching Southern Charm. He wants to protect them from “the poisonous effect the reality TV industry has had on our lives.” This accusation has been denied by Dennis and Danni is backing her up.

What Danni Said Actually Happened The Night That Episode Aired

Southern Charm star Danni signed and filed a declaration under oath to go to court for Kathryn. She said his claims were not true. The night that episode aired, Dennis came over to her house and they played with her dog. The girls played games and just hung out.

It was a night Southern Charm was on, but she stated they weren’t watching it. She said in the friendship video you can see Kensie in the picture. They put the show on to have it playing in the background of their video.
She said Kensie probably wasn’t paying attention to the show because they were playing games.

“Kathryn does not allow either of her children to watch Southern Charm, she said, “the television is rarely even on.” With Danni in her corner maybe she’ll have a chance in this court battle once more. It will be interesting to see what his response to Danni’s comments will be.