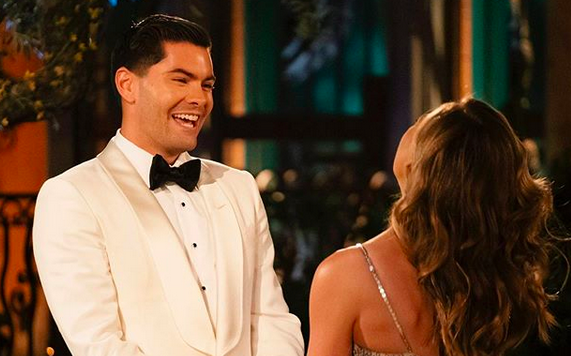 The sixth season of Bachelor in Paradise premieres Monday, August 5. It will air twice per week, on both Mondays and Tuesdays, on ABC.

Fans of the Bachelor franchise are excited to see what is to come during this upcoming season. Spoilers are already floating around and they are definitely intriguing viewers. According to USA Today, this season of the show will make history in Bachelor Nation. The show will be featuring its first same-sex relationship.

There is plenty more ahead this season. According to Reality Steve, the first episode includes some drama already. This is going to be an action-packed season, but fans don’t have to wait until later in the season for that to begin. A lot happens in just the first episode, which gives viewers an idea of how this season will go.

Recently, Bachelor in Paradise contestant Dylan Barbour spoke with ET Online about the upcoming season. Dylan was on Hannah B.’s season of The Bachelorette. During this interview, Dylan talked about his fellow contestant Hannah Godwin. It’s obvious that he’s into Hannah so this could be a potential love interest of his on the show.

“so, what are we?” 🌹 Tune in tonight @ 8pm PT on ABC to see some picture perfect flirting 🌹

He said, “Hannah G. is unbelievable. I mean, she’s obviously just beautiful. And I think it’s unfortunate we didn’t get to see her personality [on The Bachelor] and I’m excited to just… I’m excited for everyone to see kinda what the energy is like.”

He’s definitely interested in Hannah G., but we will see where they end up at the end of this season. During the interview, Dylan teased, saying “[I’m] hoping people see kind of what maybe we have, or maybe I’ll have someone else. Maybe I get sent home first week. Who knows!” Nobody really knows what is going to happen until the season finale airs.

After Bachelor in Paradise, he seems happy. He said, “[I] can’t stop smiling. I think that there’s a lot of attractive women in the word and the most important thing is just, like, an emotional and mental, obviously physical attraction to it too. So, I’m hoping we find that.” It’s looking like things end well for Dylan, but we won’t know for sure for a while.

What do you think of what Dylan had to say about his fellow contestant, Hannah G.? Do you think they will end up together? Leave a comment below.

Bachelor in Paradise airs Monday and Tuesday nights at 8 p.m. ET/PT on ABC. The show returns on Monday, August 5 for the Season 6 premiere.