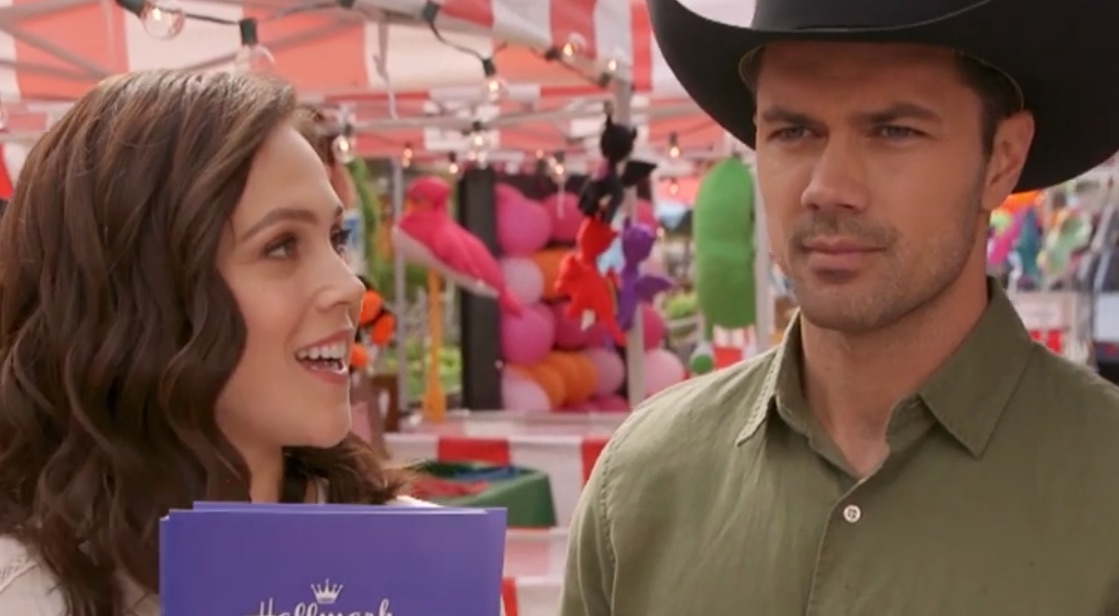 On Friday, Ryan Paevey went to Facebook Live to discuss A Summer Romance, his upcoming movie with WCTH star Erin Krakow. What did he have to say about this movie and when should fans expect to watch it on Hallmark?

We are LIVE with Ryan Paevey star of the upcoming Summer Nights originals premiere A Summer Romance! What would you like to ask him?

Former General Hospital star Ryan Paevey shared some news about his upcoming romantic summer movie with Erin Krakow. He revealed that this was the first time the two worked together, but the two knew each other from a variety of Hallmark events. Ryan beamed as he revealed that working with Erin was a lot of fun. Could the two be working together again?

According to a recent ET interview about the “Hunks of Hallmark,” Ryan happily recalled hat he had a blast with Erin. He even predicted that everything went so well that there could be a sequel to A Summer Romance.

By the way, on Facebook, he was asked if he should ever go on WCTH, what would he rather be: a mountie or an outlaw? Ryan did not hesitate. He would prefer to play an outlaw. He said that riding a horse all day and not shaving sounded like a lot of fun! Maybe he could guest star in When Calls The Heart Season 7.

From Dude Ranch To A Summer Romance

Fans who thought that Erin Krakow and Ryan Peavey were starring in a Hallmark movie called Dude Ranch may be confused by the title A Summer Romance. No worries. This is the same movie. Dude Ranch was the tentative tile. Hallmark changed the title of this same movie to A Summer Romance. They are releasing several summer romance movies and calling the collection “Summer Nights.”

What Is A Summer Romance About?

This is a romance of opposites. Ryan plays Richard, a property developer who wants to develop Samantha’s (Erin Krakow) ranch property. In the midst of all of this beauty, the two find common ground and romance.

They filmed in Vancouver, not in Montana, where the movie takes place. But Ryan shared that as he loves the outdoors, there were certain places and vistas that he needs to return to. Calling himself “Mr. Outdoors,” he called the set location “fairyland.” But, he points out that his character, Richard, is the opposite. He is really a city slicker.

Ryan confessed that whenever he is in a position where he plays the suave business guy and his romantic interest is more into natural things, he admits he has to find more to relate to his part. Needless to say, he felt that Erin’s role was more relatable for him. Yet, he does “draw out” his own experiences from his personal life, but he feels he feels more alive in nature. He did admit that he feels more comfy in a tux than in a suit.

Ryan trained for this role, including learning how to ride. He shared on Facebook that he is a mediocre rider. Not only did he get to ride a horse but he also got to milk a cow! He admitted it was a lot of fun, but a bit “nerve-racking.”

Ryan shared that with A Summer Romance, he was reunited with Unleashing Mr. Darcy director, David Winning. But he didn’t share any information on a new Darcy movie. Fans of the Darcy series are anxiously awaiting the latest Darcy news and so far, it has been radio silence.

Right now, Ryan is headed to Hawaii. He plans on jumping out of a plane and swimming with sharks. Maybe his next role will be as an action hero?

Are you ready for Ryan Peavey and Erin Krakow’s new Hallmark movie? Share your comments below and check back with TV Shows Ace for the latest Hallmark and Ryan Paevey news. Don’t forget to watch A Summer Romance on Saturday August 17, on Hallmark.