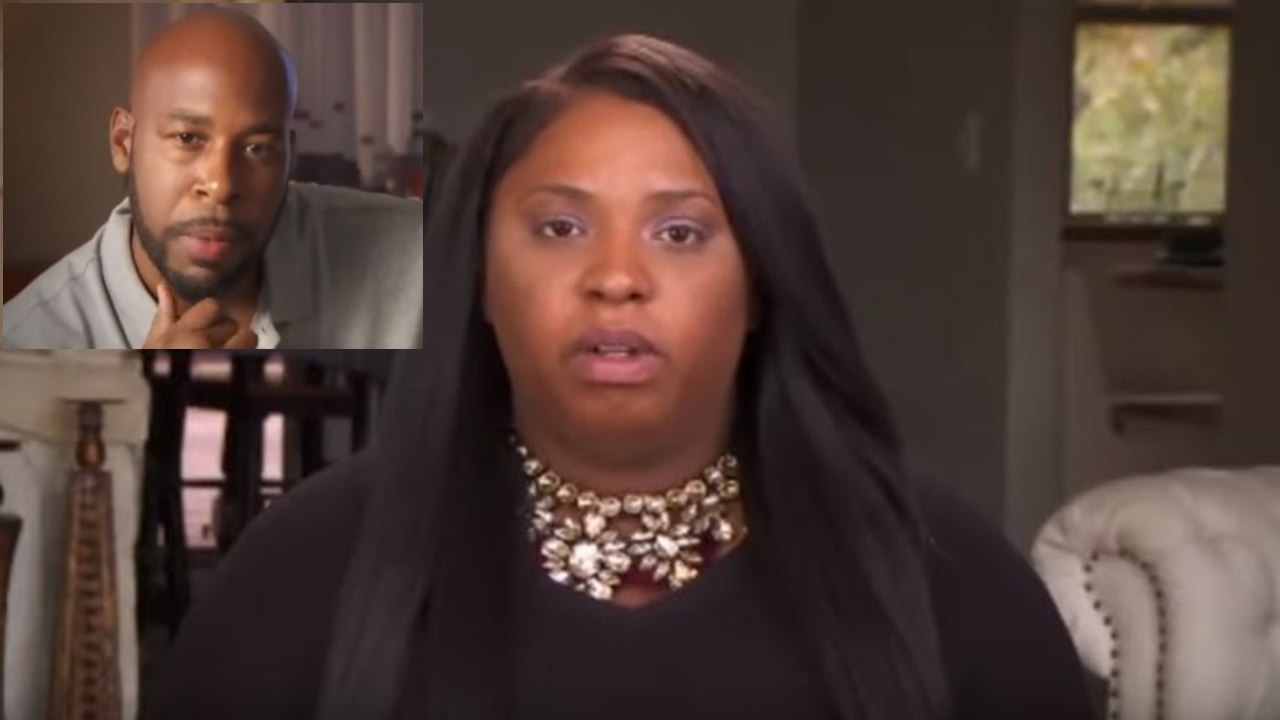 Life After Lockup fans know some scheming and strategy takes place between the couples, but Andrea’s latest plot involves keeping Lamar in Utah. Actually, she takes things over the top, though her friend looks skeptical it will work. The answer to Andrea’s desire to never return to LA becomes something of a hostage scenario. Fans shake their heads again. It’s gold in terms of viewership, and really, fans love these ridiculous moments in the show.

The couple’s on vacation, and on the second day, Lamar sounded not terribly thrilled with the place. However, Andrea decides it’s actually going to change from a vacation to a “staycation.” So, Andrea just goes ahead and starts making all these preparations to keep him in Utah. While she sets Lamar free for a while, she meets up for lunch with her bestie, Michelle and she tells her the plan’s in place.

It looks like Andrea’s plot’s well-advanced, as she says, “he’s like really easing into the whole Utah culture.” Well, Michelle’s face nearly drops off, and she’s clearly skeptical. Anyway, Andrea won’t hear of it. She adds, “I’m not leaving Utah, I cannot go back to the slum.” The Life After Lockup star even called the schools about re-enrolment and “talked to his P.O.” Andrea’s all excited because Lamar will “get off of parole in Utah.” However, Lamar doesn’t know about that, according to Andrea.” Uh-oh, this does not bode well.

In the end, we get to see Andrea virtually holding Lamar hostage in Utah. From Andrea’s point of view, Utah’s perfect. As she says, “Utah is nice, we have trees, low crime and a Mormon temple on every corner.” Like that’s going to change Lamar’s life. Anyway, she’s planning to stay in Utah with Lamar and the kids, and they won’t go back to LA. Decision made, Andrea enacts her plan. She has his “birth certificate and his debit card,” she says. So, it’s Utah or lose your cash card and documents.

That sounded a lot like a hostage situation to many followers of Life After Lockup. Michelle’s clearly not comfortable with all the sneaking around, and now, Andrea wants to involve her in the plot. Andrea argues that without those things, he can’t get back to California. So, she basically plans to kidnap Lamar and hold him against his will. Plus, she sees nothing “crazy” in that.

Over on Twitter, the scenes showing Lamar trapped in Utah and Andrea’s crazy plan freaked people out. Fans of Life After Lockup see some crazy scenes, but this one’s incredible. Heres how some of them reacted:

Many of the memes were simply hilarious and worthy of remembering, like this one about Lamar’s reaction to being “kidnapped.”

One of the best reactions came in this tweet:

What do you think about Andrea who won’t leave Utah, holding Lamar hostage? What were your reactions? Did you think it’s hilarious or plain crazy? Sound off your thoughts in the comments below.