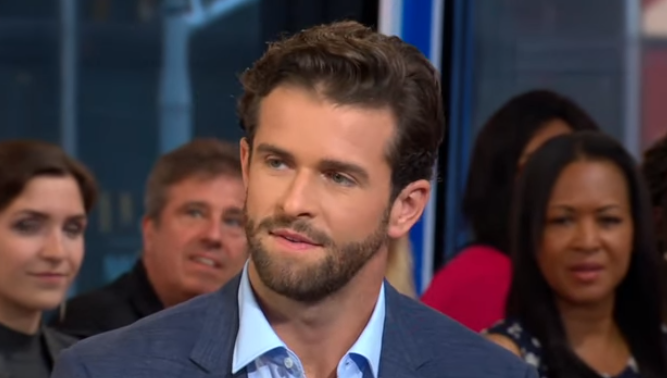 Jed Wyatt revealed a lot on Bachelor Happy Hour. It’s a podcast ran by Ali Fedotowsky and Rachel Lindsay. Since they’ve both been Bachelorette’s they came armed with questions.

They went deep with their questions and even asked about the allegations he was only in it to advance his career. Here are a few of the things revealed on the podcast.

Hi y’all. Several of you have reached out with messages and questions. Please know I’m not able to answer right now, but as soon as I’m able to, I will. •Until then, I ask that you please understand how much the actions being taken towards myself, my family, the men on the show, and above all, Hannah, are affecting all of our mental and physical health. •It goes beyond what is said online. Threatening letters and phone calls have been sent to our homes. My parents and sister are being verbally attacked in public. I beg you to remember what seems like a harmless action is damaging to real people. •I want to thank all of you who have reached out or reserved judgement until I am able to speak openly and I can only ask for your patience and kindness until then.

On the finale, Jed Wyatt proposed to Hannah Brown. The couple reportedly had issues according to US Weekly when his ex-girlfriend Haley Stevens talked to the press. She said Jed Wyatt only went on the show to get his music out there and told her they would be together again.

Wyatt denies the two were ever in a serious relationship despite introducing her to his family and taking her on vacations. He’d also told her he loved her, something he admitted when he was confronted by Hannah. This led to a breakup and Hannah asked out the runner-up Tyler Cameron live.

He claimed he ran into Haley at a bar before she went to the press. Jed Wyatt said she asked him, “you weren’t going to call, say anything?” He told her he didn’t think it was a good time to have the conversation. They didn’t have that talk.

What Other Nuggets Did He Reveal About His Time On The Show?

He explained the text he sent to Stevens before leaving to go on the show to meet at the dock when he came back, meant be at peace. Apparently, the dock to him is metaphorical and means go meditate. He thought his ex may have been trying to get famous on her own. Jed Wyatt said he wasn’t a cheater even though he slept with other women when he dated Stevens.

He also said the producers encouraged him to play his music. Wyatt said that was the reason he played it so much. He didn’t think going on the show would be a place for him to showcase his music. Another thing Jed Wyatt did was like comments on social media that were derogatory about Hannah Brown. He said he clicked on it and it accidentally liked it.

Seems Jed is really good at denials and nothing is his fault. Fans are torn between whether he’s telling the truth or trying to cover his own rear.

Make sure you don’t miss Bachelor in Paradise on Monday and Tuesday nights on ABC.