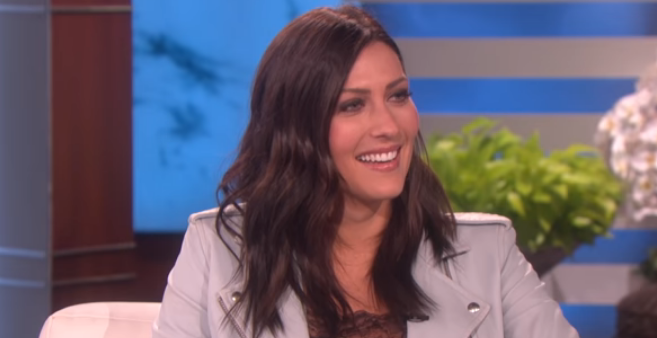 Becca Kufrin and Garrett Yrigoyen from The Bachelorette are a happy couple. They have shared that they don’t have plans to rush into a wedding. Now the reality television star and her other half are going to be a family of three.

On Thursday night Becca shared a picture of the little girl who was going to be joining their family. Fans were super excited for the couple to learn who she was. While they wanted an announcement the two had set a date, they were still happy to hear their happy news.

World, meet Minno (aka @missminnothecorgi ) Previously know as Pebbles, she is our pawfect little combo of two things that @gy_yrigoyen and I love most: Minnesota and Reno. We can’t have her just yet as she’s coming from South Korea and needs to make sure that her passport and visa are up-to-date 😊 but stay tuned as we welcome her into our home later this month. She’s going to be our best adventure yet 💖 #yearofthecorgi . . . A HUGE thanks to @bunnysbuddies for not only finding our perfect fit, but for rescuing babies like Minno from Korea and China who are abandoned or thrown into meat trucks, shelters or slaughterhouses. You are earth angels and we can’t thank you enough for your hard work, love and dedication to these pups. *I’m not crying, you’re crying* . . . And you might want to unfollow now if you don’t want to be bombarded with her face all over your screen 😘

Who Is The Bachelorette Couple’s New Family Member?

The darling new addition is a corgi puppy named Minno. She is going to join The Bachelorette couple later this month in San Diego according to the Inquisitr. On her Instagram, Becca shared a post telling fans Minno is a combination of what Garette and she love the most; Minnesota and Reno. She said the reason they can’t have her yet is that she’s coming from South Korea and needs to make sure her passport and visa are up to date.

The Bachelorette alum says she is so thankful for the people that found her. They rescue puppies who are given to companies to process as meat or abandoned. She promised many pictures were coming as soon as she is with them. She called getting the corgi their best adventure yet and hashtagged year of the corgi. The couple has been through a lot together having been engaged for a while before they could go public.

Fans think they will be the perfect dog parents and you can already tell how much Becca loves Minno. She has been open about her feelings on adopting dogs instead of going to a pet store or puppy mill. They got the puppy through Bunny’s Buddies. Another Bachelorette couple Jason Tartick and Kaitlyn Bristowe found their puppy through the same company in May. No doubt, they helped Becca get in touch.

Does This Mean They Will Be Ready To Announce A Date For The Wedding Soon?

Fans are also hoping that The Bachelorette couple taking such a big step together will lead to something else. They want to know when these two are finally going to get married. So far, they’re just enjoying each other and the excitement of a new addition. Since getting a dog is like practicing for a kid, who knows what they have planned for this year.

Make sure you don’t miss the new season of Bachelor in Paradise on Monday and Tuesday nights on ABC.