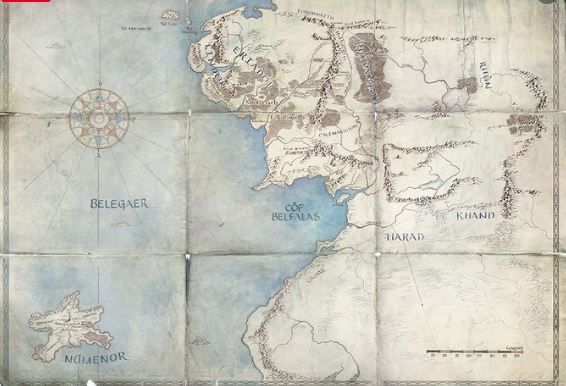 Amazon Studios secured the rights to produce a television series of The Lord of the Rings from the Tolkien Estate in 2018. That deal requires Amazon to begin production within two years or void the 250 million dollar deal. Since the deal was made, Amazon has been releasing teasers on their Twitter page The Lord of the Rings on Prime. If you check out this page, you will see it all. A series of maps depicting Middle Earth began surfacing early this year giving us clues about the series.

Amazon advanced by naming Markella Kavenagh as its first cast member. J. A. Bayona, director of Jurassic World: Fallen Kingdom, was also put at the helm to direct the series.

Amazon recently tweeted a video with the caption “Meet our Fellowship”, which reveals the production team. Among JD Payne and Patrick McKay being the front runners, Gennifter Hutchinson, writer of Breaking Bad, has been brought onto the writing team. Bryan Cogman, writer for Game of Thrones, and Stephany Folsom who was on the writing team for Toy Story 4 have also been hired. Writer for The Sopranos, Jason Cahill, has been obtained. Helen Shang of 13 Reasons Why has been brought on board as well.

Among the executive producers, there are Belen Atienza, producer of Jurassic World: Fallen Kingdom, Gene Kelly of Boardwalk Empire, and Lindsey Weber of 10 Cloverfield Lane. Assistant Director of The Departed, Ron Ames, will co-produce the series.

More crew members have been revealed. Kate Hawley, Edge of Tomorrow and Pacific Rim, will be in charge of costume design. Production Designer for The Last Jedi, Rick Heinrichs, and The Avengers Visual Effects Supervisor, Jason Smith, have been entrusted with the series. The most exciting news is Illustrator/Concept Artist for The Lord of the Rings trilogy, John Howe, has been brought on for the series. This will help the show come to life.

Much is in store for Amazon Studios and The Lord of the Rings television series. Production efforts have only started and already there is much to be excited for. We can only hope for more clues from Twitter of what will come of The Lord of the Rings. You don’t want to miss this show when it starts airing on Amazon Prime. A release date has not been revealed yet.