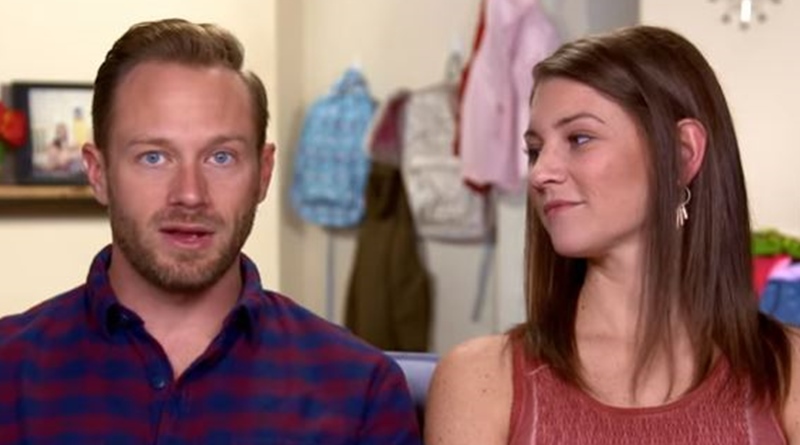 OutDaughtered showed the final episode of the season tonight and many fans were disappointed at the angle of the Dallas job offer clips. Unusually, the show came in for a lot of criticism on social media as it showed so much conflict between Danielle and Adam. In fact, on Instagram, people started comparing it to Little People, Big World and even Jon and Kate Plus 8. Okay granted, the Kate Plus 8 is a bit over the top, but the general message seems directed at TLC. Plus, when she shared ahead of the show, Danielle spoke about a big announcement. However, fans never saw anything and wondered what she was on about.

On the show, we saw that the much-talked-about Dallas job offer finally got turned down by Adam. He’s concerned about the costs of maintaining the large family, but Danielle wants what’s best for everyone. They never really drew the recurring issue to a close. Actually, the job offer got refused by Adam after Danielle pressured him not to take it. However, he seemed delighted when they made the same offer, but he would not need to relocate to Dallas. He would have to travel to Dallas maybe twice a month. So, he was up for it

However, when he told Danielle, she flipped and a bickering argument broke out over it. OutDaughtered fans noted that took place in front of the kids. At one stage Danielle walked off in a bad mood to prepare dinner and left Adam looking a bit shattered. The bad feeling went on for days, but Hazel’s surgery concerns distracted away from the fighting for a bit. But overall, despite seeing the kids enjoying themselves, and the possibility of extending their lease in the temporary home, the underlying tension came over strongly. Many fans hated that and they were disappointed with the trend of the show away from the kids growing up.

Over on Danielle’s Instagram, she posted about the upcoming show. OutDaughtered fans were quick to watch and report back their feeling in that post. Many of them were not happy. Here’s what some of them said:

One fan said the show portrayed Danielle like Kate of Jon and Kate Plus 8, where Kate always put Jon Gosselin down, no matter what he did. Others got disappointed that the divorce issues between Amy and Matt Roloff seemed to take the joy away from their LPBW show. Now, genuine fears that TLC intends taking OutDaughtered down the same road concerns many fans.

2 Hour @outdaughtered Season Finale TONIGHT and Woah… it’s loaded with some crazy twists and turns. We naught just be making a big announcement also, so stay tuned for the news! See you at 9/8c on @tlc . #outdaughtered

The big announcement that never came

In her original post, Danielle wrote, “Season Finale TONIGHT and Woah… it’s loaded with some crazy twists and turns. We [might] just be making a big announcement also.” However, fans who watched the episode reported back that there was no announcement. That came as a bit of a disappointment for so many people, as well.

What do you think about the angle TLC takes with Adam and Danielle Busby with all the family fights and bickering? Are you disappointed? Do you think fans prefer to watch the kids grow and experience life rather than these domestic spats? Sound off your thoughts in the comments below.

Kelly Dodd Exposes Braunwyn, Blames Former Co-Star For ‘RHOC’ Firing
‘OutDaughtered’: Did The Seven Busby Girls Wear Down Adam?! See Photo
What Does Jacob Roloff Do For A Living & Does He Still Live In A Van?
Jazz Jennings 2021 Update: Substantial Weight Gain, Ready For Change
This Is Why Tayshia Adams & Zac Clark Stopped Sharing Photos Together