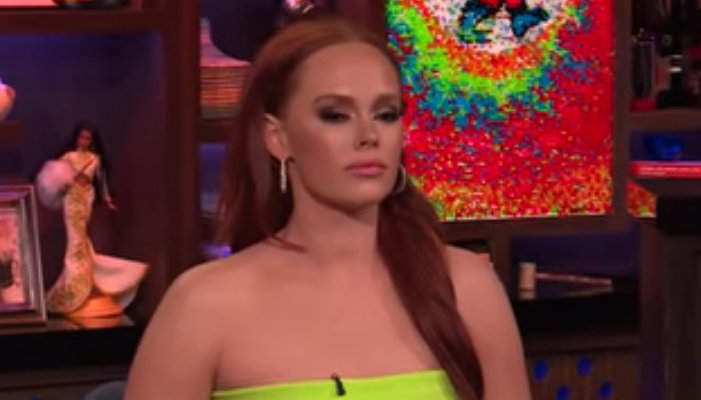 In the latest news from the Southern Charm custody battle of the century, Allison Dennis joins the discussion. She’s also alleged Thomas Ravenel drugged her daughter Kathryn Dennis when they were together. She has filed a declaration of support for her daughter. Allison Dennis says she should get her children back.

According to The Blast, Allison says her daughter, “has a very loving relationship with her children. Thomas has shown a propensity to be unable to take care of the kids by himself.” She stated Kathryn is a very hands-on mother.

She said she’s very patient with them and does everything a good mother does for their children. She gets them snacks, gets them ready for preschool, reads books, and gives baths. Dennis says her daughter and grandchildren have a very close bond.

What She Says About Thomas Ravenel And His Behavior

Allison Dennis says she thinks it is strange and creepy Ravenel had a PI follow both her and Kathryn. She stated she’d heard the headboard upstairs when she was downstairs with the children. She thought she knew what had been happening.

Thomas left and when she went upstairs Kathryn was out of it and didn’t know what had happened. She alleged he drugged her then. Allison stated there were a lot of incidents she would rather forget about.

In addition to Allison Dennis a court-appointed Guardian ad Litem has been observing both Kathryn and Thomas. She reported Kathryn wasn’t on time ever but had a close relationship with the kids. The Guardian said Thomas acts bizarrely after he consumes alcohol. She suggested he not consume when he’s with the children.

All this comes on the heels of Thomas once again accusing her of ongoing drug use. He requested access to her medical records and said he thinks she is using the custody battle for her storyline on the show. With these new allegations, Kathryn says the reason she failed was for CBD oil. That didn’t stop Thomas from taking her custody away and she’s not being allowed to see the kids.

It’s hard not to feel bad for the children and hope the custody battle can be resolved. They deserve to get back to some form of normalcy while they’re still young.

Make sure you don’t miss new episodes of Southern Charm on Wednesdays on Bravo.