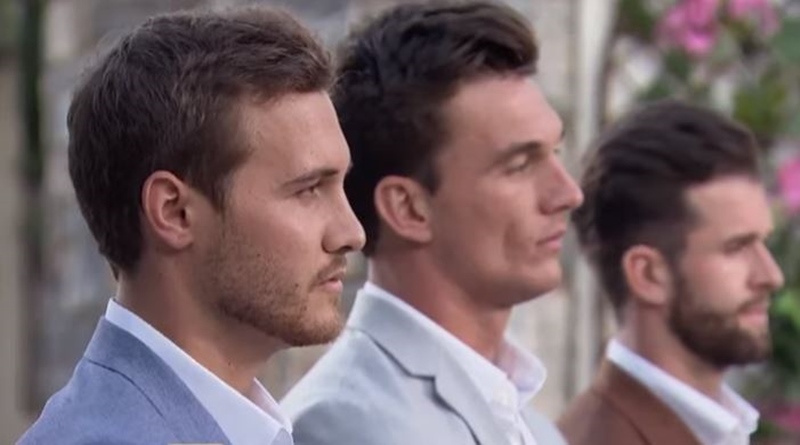 The Bachelorette 2019 aired a big episode last night. In it, we saw that Hannah confessed about pilot Peter that her fun times in the windmill were more than just twice. Many fans thought Peter was in and likely to win Hannah B’s heart, but it’s not to be. After the show, Peter said his goodbyes in a short video. Touching, but a class act, many of his fans cried for him.

The Bachelorette – Peter’s last goodbye on the show

On Instagram, @bacheloretteabc posted a video by Peter. He said, “Hey guys, it’s Peter, I just wanna say thank you from the bottom of my heart.” He added, “This whole journey has been so amazing for me and I felt all of your love and support.”  Pater mentioned that came “every step of the way.” Then, and fans immediately think “windmills,” he said, “it’s been a ride.”

Peter also had a message for this year’s Bachelorette, Hannah. He told her, “I was always rooting for you. I wish you nothing but all the happiness in the world.” He then thanked her for an amazing experience. Many fans who don’t really read spoilers in tabloids and social media seemed shocked that Peter got booted. Actually, one fan noted it seems some fans “live in a coma.” However, for now, it’s the end of Peter’s journey.

Judging by all the crying face emojis all over the comments in the post, lots of The Bachelorette fans cried their eyes out for Peter. Here’s what some of them said about it:

Many fans felt that Hannah B treated Peter poorly on The Bachelorette. As one put it, they thought the couple would make out right there on the stage. Another felt his farewell and his whole demeanor brought a class act to the show. Of course, that got many people wanting to see pilot Peter as the next Bachelor. Mind you, others thought he’s better off without Hannah, and one day will be glad he got out of it.

A message from @pilot_pete. 💙 #TheBacheloretteFinale

A twist, a plot – fans hope for it

A few followers discussed the possibility that somehow, a twist or a storyline plot will emerge. Somehow, they still hope that Jed and Tyler get dumped and she chooses Peter. After all, that sort of thing could happen. However, it’s unlikely in this instance.