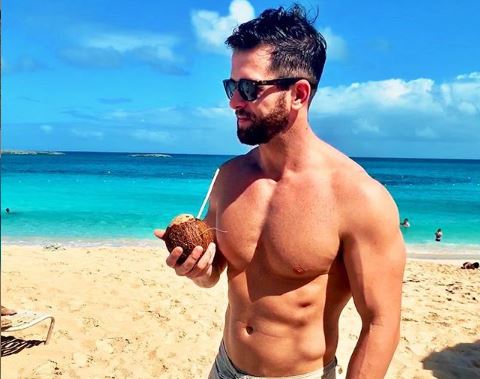 Fans of The Bachelorette 2019 have already heard that Jed Wyatt used to dance for a male revue. He didn’t talk about that tonight, though. Instead, it was all about how he would have more than one kind of income in the future. Hopefully, that doesn’t mean he will go back to dancing. He did share a great dog food jingle, though. If you missed Jed’s dancing past, here is your chance to see it.

Jed Wyatt on the stage

Jed Wyatt was seen on the stage dancing around as part of the male revue. In this clip that Reality Steve shared on Twitter, you can see Jed performing. Dancing may not be the best job for him.

Jed: “I can do more than sing.” wellll it’s NOT dancing … #TheBacheloretteFinale pic.twitter.com/B8b64A6RGD

For some reason, Jed Wyatt didn’t want to talk about his past as a dancer on The Bachelorette. Instead, he really wanted to focus on talking about his singing career. Here is another post of him dancing away.

Ladies and gentleman…more Jed male revue dancing!!! This has to be the most low budget male revue show ever, right? pic.twitter.com/V3Qv5rTMra

What will Jed do now?

Jed Wyatt plans to focus on his country music career. He has that one dog food jingle out there. It looks like music is what he wants to do. He joined the show simply to promote this but ended up making it to the final two.

By going on The Bachelorette, Jed Wyatt did end up increasing his following on social networks. He can put music out there and it will get seen. The thing is that it might not all be a good thing for him. If fans don’t like him or the music, they are going to roast him.

It is going to be interesting to see if Jed Wyatt can end up making it in the music industry. Fans can’t wait to see how it all turns out. Tonight everyone will see if Hannah B ends up picking him or Tyler C in the end. Maybe he could end up on Dancing With the Stars. You never know because several people from the show have done it in the past.

What do you think of Jed Wyatt’s dancing for a male revue? Share your thoughts in the comments. Don’t miss the finale of The Bachelorette when it airs tonight on ABC.