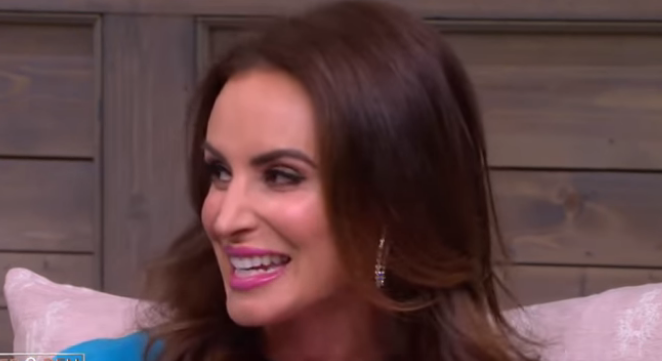 Fans of all the Real Housewives might be into a new show coming to CMT called Racing Wives. The show follows the wives of NASCAR drivers like Kurt and Kyle Busch. Fans will get an inside look at what it’s like to be married to the men who like to do such a dangerous profession.

Samantha Busch shared a picture to Instagram captioned “You’ll get to see a BRS look at how we try to balance family, friends, businesses, and racing. Welcome to life in the fast lane.” Here’s everything to know about this fascinating new show.

Now that’s the way to cap off a birthday weekend, trophy and kisses! 🏆😘

What Will Racing Wives Be Like And Who Are The Stars?

An article on Alt Driver says you have a lot of ways to look into NASCAR driver’s lives. You have their, “pre and post-race interviews, podcasts, radio shows, and social media.” Now there will be a new way to get to know these men of the road, their wives. Along with Samantha Busch who is married to Kyle Busch is her sister-n-law Ashley who is married to Kurt Busch.

There will also be Whitney Ward Dillon who is married to Austin Dillon. Dillon won the Daytona 500. There is also Whitney’s best friend Mariel Lane who is engaged to Paul Swan a member of the NASCAR pit crew. For something a little different one of the women starring on the show is Amber Balcaen who is an aspiring NASCAR driver herself.

The women of Racing Wives will have their own interesting storylines. Both Mariel and Whitney are former NFL cheerleaders. Mariel Lane was Miss TN World in 2015 according to Heavy. Samantha and Kyle have been open about their struggles with fertility and miscarriage. Ashley and Kurt Busch are friends with Prince Harry and Meghan Markle. Amber Balcaen left everything behind in Canada including her man to pursue her dreams.

The show will follow the daily lives of these women as they follow their husbands around the country. They all live in large mansions in Lake Norman, NC and have to be tired because they go for thirty-six races. The series will have eight unscripted hour-long episodes. It’s sure to be a wild drive!

Don’t miss the premiere of Racing Wives on August 1 on CMT.