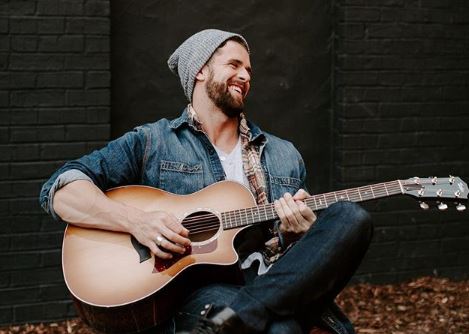 Tonight on The Bachelorette 2019 Hannah B’s parents met Jed Wyatt. They also got the chance to meet Tyler C. They made it very clear that they are not fans of Jed Wyatt. It was pretty obvious that their main concern was the fact that he is a musician. That is his main plan for his future career.

Hannah’s parents are open about thoughts on Jed

Hannah B’s dad kept asking Jed Wyatt how he would support his future wife. He made it very clear that he feels like Jed’s music career isn’t the best idea. Her parents even talked about the fact that if he is a musician he will be gone a lot. It just isn’t the lifestyle they want for their daughter and that is obvious.

One thing that Jed explained is that he wants various kinds of income coming in. He actually recently did a jingle for a dog food commercial. Hannah made sure her parents understand that she plans to work too. She is hopeful that she will be bringing in money as well. Hannah made it obvious she cares about her parent’s opinions, but she will do what she wants in the end.

Reality Steve shares his thoughts as well (spoilers ahead)

Reality Steve went to Twitter and shared his thoughts, too. He didn’t hold back. Here is what he had to say on Twitter.

All Jed’s date confirmed was she knew she was picking Jed and when her family gushed over Tyler and didn’t care for Jed, it bothered her. Bc Jed was the guy she knew she was gonna pick and wanted the family approval – and got the opposite of approval.

The Bachelorette has a choice to make

Hannah B has to choose between Jed Wyatt and Tyler C tomorrow night on The Bachelorette finale. She actually sat down with Jed on their date and talked to him about it. She made it clear to him that she likes both guys. Hannah didn’t tell him exactly how her parents feel about him, though.

Tomorrow night the fans will see Hannah B choose between Jed and Tyler on The Bachelorette. Some fans are hoping that the spoilers are wrong. Everyone will just have to wait and see how it plays out. If she does pick Jed, her parents might not be thrilled about the outcome.

Are you shocked that Hannah B’s parents don’t love Jed? Share your thoughts in the comments section below. Don’t miss the big finale of The Bachelorette tomorrow night on ABC.

‘1000-Lb. Sisters’ Season 3 Premiere Date Confirmed By TLC
Courtney Waldrop Reveals It’s Time To Say ‘Bye Bye’
Was Kim Kardashian Really Under That Mask? Some Don’t Think So
‘Love After Lockup’ SHOCKING Spoilers: Are Stan And Lisa Still Together?
Cheryl Burke Dishes On The Future Of Her ‘DWTS’ Career