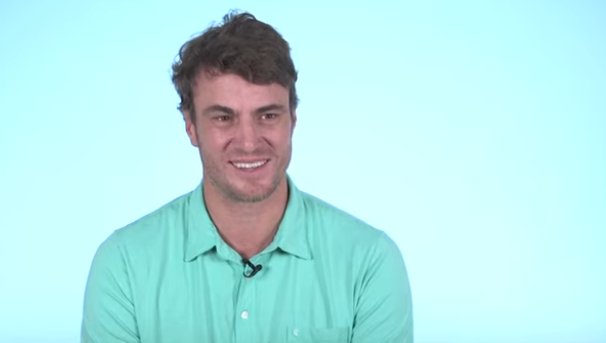 More recent pictures of Shep Rose from Southern Charm show the reality star looking a bit thinner. He posted new pictures after his Instagram got hacked and in comparison to the ones before he’s definitely slimmed down. Not that Shep has ever been a large guy, but the weight loss has been significant enough to notice.

Cameran Eubanks recently told her followers that Shep, “no longer has a dad bod.” The fellow Southern Charm star is proud of her friend. Shep himself has joked he slimmed down due to a “new eating plan that involves no intermittent fasting,” according to Bravo TV.

Had to take a picture. This guy has not one but walking boots 🥾 on. Weakest ankles I’ve ever seen. He was surprisingly mobile though. 😂 #textbooksandiego #imoutherebreakingankles

How Did Shep Rose From Southern Charm Slim Down So Much?

The Instagram pictures he’s recently shared are all from the race track in Del Mar. Shep has been working out with a new trainer and watching what he’s been eating. When someone commented on his Instagram that he looked, “like he’d lost weight in his recent photos,” Shep Rose replied. He said, “It’s called the ‘steal random bites’ diet. An Instagram post proved this method with a picture of a huge burger that only had one bite taken from it.

He captioned it, “asked for a bite of her burger, it was an aggressive yet beautifully symmetrical bite.” Ah, Shep, such a poet when it comes to describing his food. Another commenter said, “that won’t work with Cameran.” She was referring to the fact that despite Cameran’s small frame, the girl can eat. Plus Cameran was not sharing the food she got on the show the other day no matter what.

If the diet that helped Shep Rose lose weight is just taking bites of other people’s food then everyone could get on board with that one. Especially if it involves that giant Big Kahuna burger.

Men lose weight faster than women and Shep is still relatively young. It probably helps that he got Little Craig, his puppy, and can exercise a little bit more with him. Keep your eye on his Instagram for more pics.