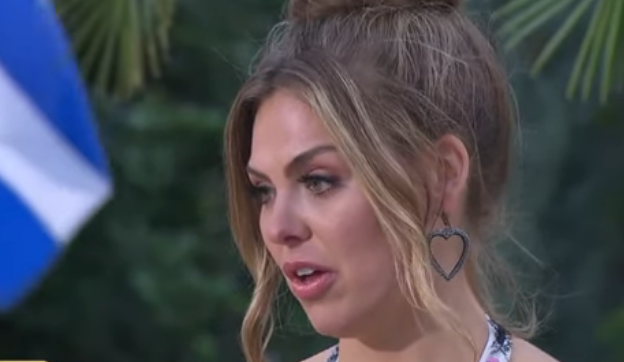 The excitement builds as two nights of Bachelorette drama unfolds with the two-part finale of Hannah Brown’s journey. Fans won’t, however, find out the lead of The Bachelor during the finale.

It’s always emotional when one show comes to an end, but the thrill of knowing who will be the next is what keeps us going. Knowing the man who will be giving out the famous roses gives us so much to look forward to.

Why The Bachelor Won’t Be Announced During The Finale

When Chris Harrison was on The Ringer Podcast speaking to Lauren Zima, he dropped a bit of news. According to Entertainment Tonight Harrison said, “It would be premature to make the call before Bachelor in Paradise because there’s guys that haven’t been seen yet.” He’s saying the lead of The Bachelor will not be chosen or announced until afterward.

He went on to say that two former bachelors Colton Underwood and Nick Viall were not chosen until after Paradise had aired. The finale tonight will have Hannah choosing between three men, Tyler Cameron, Peter Weber, and Jed Wyatt. All these men are possibilities for the next bachelor.

Surprisingly, this includes Wyatt who had an ex-girlfriend say he was only on the show to build his name up and become a famous singer. Harrison says all finalists are always contenders.

Harrison says the fact that all finalists are always contenders is a debate that’s ongoing. He says, “it really starts night one.”

What Other Contenders Are There To Be The Next Lead?

There is also the possibility of another possible lead for The Bachelor. Mike Johnson, also known as Big Mike, went home early but you could see people were intrigued, Harrison said. Big Mike would be the first African American lead for the show and he’s very lovable. Between the finale tonight and the men on Bachelor in Paradise, it’s still anyone’s game.

ET is so excited about the Bachelorette finale they’ll be liveblogging the first night so you can get their thoughts live. In a sneak peek of the finale fans were able to see Hannah preparing to break someone’s heart. It’s guaranteed to be an emotional two nights for fans and contestants alike. Unfortunately, we will have to wait a little bit longer to know who the man will be. We can’t wait for Hannah to make her choice tonight, how about you?