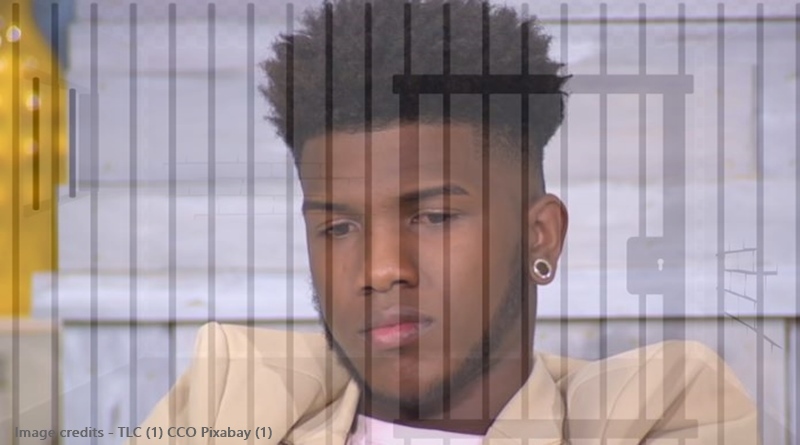 90 Day Fiance fans saw the second part of the Happily Ever After? Tell-All this weekend. While we got strong hints after the show that Liariisa Lima got off being deported, fans still ask about Jay on social media. In fact, during the show, several people mentioned they heard he got deported already. However, TV Shows Ace reported on July 26, that the last known whereabouts of Jay came from his sister Raine. Now, in the face of so many questions by fans, we took a look to see if anything changed. We can update that his legal circumstances look much improved.

As TV Shows Ace noted late last week, “Taking to her Instagram Stories, [Raine] wrote, “I’ve been asked the same question over and over.” She added, “I’ll address it here so everyone can see.” Raine then wrote, “Jay is still locked up. He is not out of jail or deported. Still patiently waiting for his bail hearing date.”

That clarified a lot, plus TV Season spoilers elaborated on that. They noted that “The reason behind another postponement for Jay’s bail is that both bail bond and PFA trial was on the same day. One had to take place in York and the other in Cumberland. Both places are an hour away. Jay couldn’t reach the bail hearing on time. When it started, Jay’s PFA hearing was still in progression.”

Jay Smith now has an attorney working for him

Many fans of 90 Day Fiance feel it’s very unfair that Jay looks to being deported while Larissa Lima gets to stay. We reported that Larissa went onto Instagram to thank her lawyer, and she’s put it behind her. Well, that’s a good question, as Jay never ended up inside on three alleged charges of domestic violence. Nevertheless, Larissa got an excellent lawyer, which helps.

Raine confirmed to fans on her Instagram that Jay also has an attorney now. That probably came through the Gofundme started by Kayla OBrien, rumored to be his new girlfriend. Many fans accused her of faking the need for a Gofundme, as you don’t need an attorney when ICE picks you up. Maybe, but Jay needed help with his bail case by the looks of it. Perhaps if the bail case gets sorted, then the lawyer’s in a better place to help Jay. After all, even Larissa’s lawyer said the deportation issue was crucial to her trial.

Over on the Gofundme page, it shows that the amount of cash raised nears its target of $5,000. So far, 169 donors managed to fund $4,225. That could very well help him get the professional help he needs. Let’s face facts here – whether you like Jay or not, Ashley Martson dated him since he was a teenager and she brought him over to the USA. However, how many times did we hear her rant on 90 Day Fiance that he would get deported? In fact, every time there came a suggestion of cheating, she held it over his head. Does the USA deport people because they cheated? That sounds unlikely.

However, it’s probably more complex than we may know, and it depends on whether Ashley ever did the green card update. She says she didn’t. However, fans think surely some responsibility should rest with her. In the end, it rests with the government authorities and the attorney to work out Jay’s situation. In the meantime, Raine’s adamant on her post, that Jay’s in York County Jail and people can go check it out. Unfortunately, right now, the link does not appear to be working. However, we’ll keep an eye on that and get back to you when we can.

Stay in touch with TV Shows Ace, as we’ll try and keep you updated on Jay Smith and his deportation status. Remember to check in with us often for more news about 90 Day Fiance.