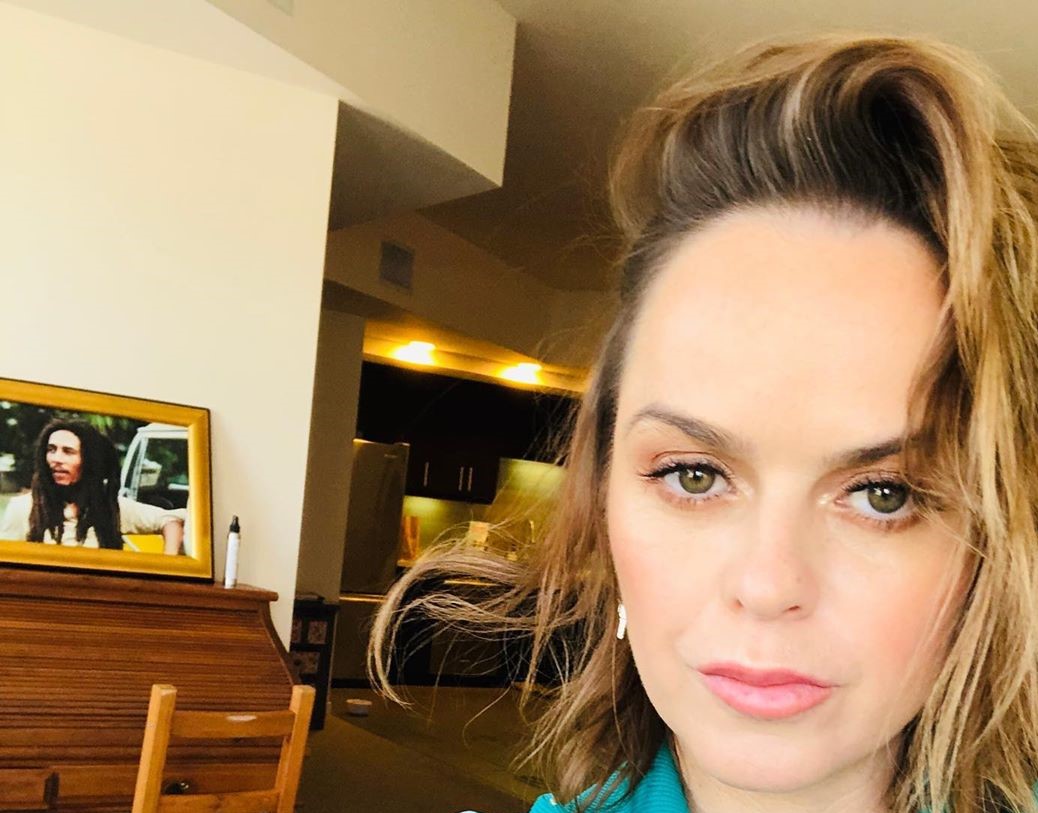 Orange Is the New Black’s 7th and final season dropped for Netflix users on Friday. However, the cast and crew had a premiere event in NYC the night before. One popular star was missing – Taryn Manning. A fan favorite since the first season, Taryn plays Tiffany “Pennsatucky” Doggett on the hit Netflix show.

Taryn took to her Instagram on Thursday to apologize for missing the event. She also wrote that she missed and loved her co-stars. The photo included with the post was an on-set photo with several co-stars.

That wasn’t the part that concerned fans. One troubling passage in the lengthy post said, “When someone is crying for help from someone who is after your life and soul. Please listen. No one deserves to have another person single handedly ruin their life to the point they are paralyzed and never leave in fear.”

She wrote that she tried to tell everyone but no one cared. The star alluded to “cyber criminals” and “cyber bullying” without going into details. At the end of her post, she says her “team” didn’t do anything to help her.

After a friend inquired, Taryn did clarify that she was disappointed, but not suicidal.

You’d think her team would intervene and advise her not to post more. Maybe they did, but she didn’t listen.

On Saturday, Taryn posted another long Instagram rant. This one accused an unnamed person from “terrorizing” the actress daily. She also claims she’s been dropped by everyone, seemingly referring to the entertainment industry when she said “F— show biz.”

Taryn finished the caption by writing that “Not one cast member cares about me.” Co-star Lori Petty was quick to comment with heart emojis and assurances that she loves Taryn.

Replies How “Awful” Acting Is

Despite her co-star professing that she does care, Taryn replied to Lori by ranting about being unable to plan her life because she was stuck in a seven-season contract. She says she, “never knew if I was coming back.”

It’s not uncommon for characters on OITNB to go off-screen and reappear a few seasons later. However, Taryn’s character was steadily featured on the show and especially in the final season.

She seems to imply that she was upset for her co-stars. She wrote, “How some of the most dear characters were just not there anymore. My pals. F— this show.”

History of Outbursts for the OITNB Star

While Taryn is widely regarded as a great actress, she has a history of putting her foot in her mouth.

In 2018, she wore a $199 dress to the SAG Awards. After the show, she was asked about the dress. She said that it was “wack” that her stylist dressed her in such a cheap dress.

Orange Is the New Black Season 7 is streaming on Netflix now.

‘Good Witch’ Season 7 Hints At LGBTQ+ Romance
Spoilers: ‘The Masked Singer’ Final Four. Who Is Behind The Mask?
Josh Duggar Molestation Scandal Revisted By Jinger Vuolo
Eric Waldrop Looks Like This After Milking The Cows?
Lifetime’s ‘Secrets On Sorority Row’ Pledges To Thrill You