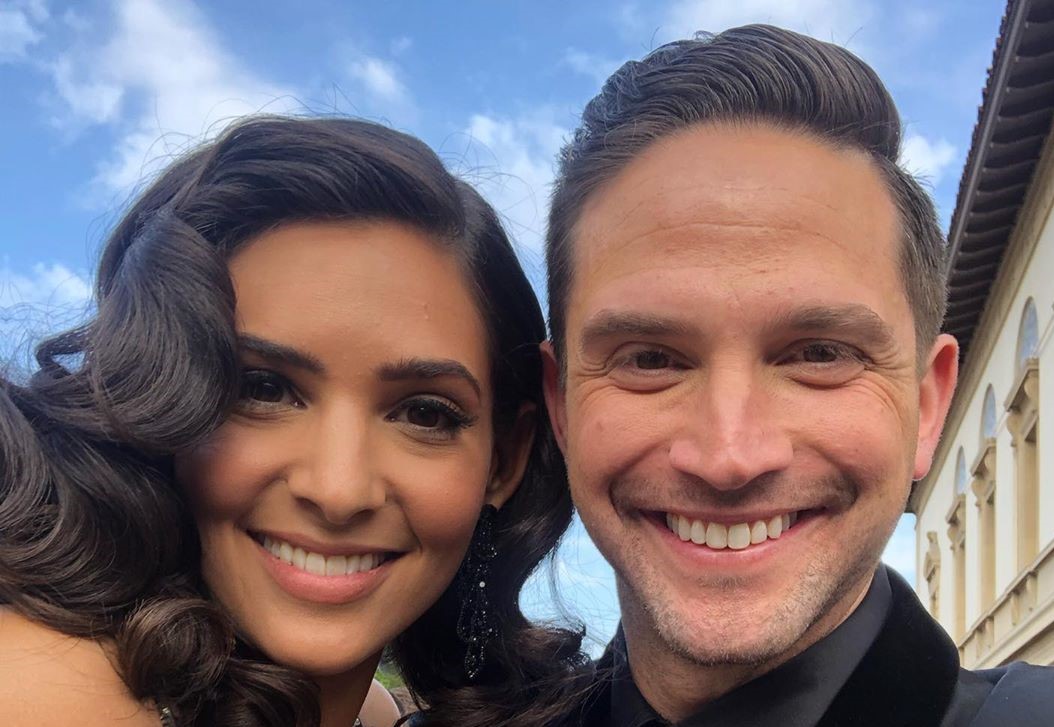 Days of Our Lives promised fans in their Summer preview that Salem would see four weddings. Will (Chandler Massey) and Sonny (Freddie Smith) tied the knot before Will was cured of his brain tumor. Rex (Kyle Lowder) rushed Sarah (Linsey Godfrey) to the altar. He might come to regret that later this week. Spoilers indicate that DOOL saved the best two weddings for last.

Gabi (Camila Banus) has been plotting against Stefan (Brandon Barash) for months. Unfortunately for her, she ended up falling in love with the bad boy for real. Kristen (Stacy Haiduk) framed her adoptive brother for kidnapping Ted (Gilles Marini) and Kate (Lauren Koslow.)

Gabi and Stefan come up with a scheme to wed in hopes of Gabi being named CEO of the DiMera family company.

Kristen has the same idea, but her problem is few people know she’s back in town. She’s been posing as Nicole (Arianne Zucker) for months. Luckily for Kristen, her other adopted brother, Tony (Thaao Penghlis) is also secretly hiding in Salem.

Will Tony go along with his sister’s plan? Who will win control of the company?

Jack Dumps Eve, Then Fires Her as Commish

Jack (Matthew Ashford) decided last week that he wanted his memories back. He made the mistake of telling Eve, who surprisingly offered to help him.

Conniving Eve replaced the serum with a fake. Scared she would lose her hold on Jack, she destroyed the remaining serums. Jack catches her burning the diary and the couple argues.

Jack seeks help from Kayla (Mary Beth Evans,) who reminds him the hospital has records of how to make the serum. Unfortunately, Eve is a step ahead of Jack. When he finds her shredding the documents, he demands a divorce.

To add insult to injury, Jack fires Eve as Salem’s Commissioner. The mayor hires Eli (Lamon Dezjon Archey) as her replacement. But will Jack ever regain his memory and reunite with his family?

The weekly preview shows Sarah calling out “Eric” (Greg Vaughn) while in bed with Rex. How does he react and will Sarah finally confess her feelings for her brother-in-law?

Given that Kyle Lowder will be leaving Salem in a few weeks, chances are that he doesn’t take the news well.

The preview for Days of Our Lives also shows Eric and Brady (Eric Martsolf) coming to blows. The two have tussled in the past over Eric’s habit of stealing girlfriends from his brothers. Brady has caught Eric and Sarah kissing. Or perhaps the brothers are fighting over “Nicole” marrying Tony? Tune in to find out who wins fights in the boardroom and the fight between brothers.

Days of Our Lives airs weekdays on NBC. Make sure you catch new episodes.