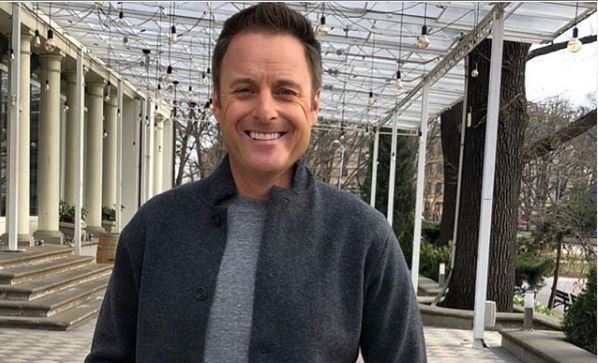 It turns out that Chris Harrison is going to miss the wedding of Ashley Iaconetti and Jared Haibon. This couple met on Bachelor in Paradise and finally got their happy ending. It took Jared a bit to realize she was the one. Now, the couple is finally tying the knot. Us Weekly shared the details about Chris having to miss their big day.

Why will Chris Harrison miss the wedding?

A lot of Bachelor Nation will be at Ashley and Jared’s big day. The thing is Chris Harrison will be missing. During Ashley’s podcast, she explained that Chris Harrison can’t be there. She only shared that it was because he had prior obligations. What can be more important than the wedding of Ashley I and Jared?

Here is what Ashley had to say about Chris missing the big day.

“So, it’s really, really, sad you guys. I think [this] might be the first Bachelor wedding he hasn’t attended. But he sent us a really nice gift from our Crate & Barrel registry, and he was very thorough and sensitive about what he said when he had to say that he couldn’t go. Like, it was a very long explanation and it was very nice. Although it was very disappointing.”

Was he supposed to officiate?

Chris Harrison has officiated various Bachelor weddings in the past, but that isn’t their plan. Instead, their good friend Tanner Tolbert will be the one doing the job. Tanner and his wife Jade are good friends of the couple. Jade is a bridesmaid in the wedding as well. They are also about to have their second child, so hopefully, it happens before the wedding.

Their wedding will happen in August. The couple couldn’t be more excited to get married. Even though Ashley had a hard time getting Jared to realize she was the one, they are getting married now. They are having a church wedding. It won’t be televised, but the couple has made it clear that they plan to share what they can with fans.

Are you surprised to hear that Chris Harrison won’t be at Ashley and Jared’s wedding? Share your thoughts in the comments. Don’t miss Bachelor in Paradise when it starts airing next week on every Monday and Tuesday on ABC.