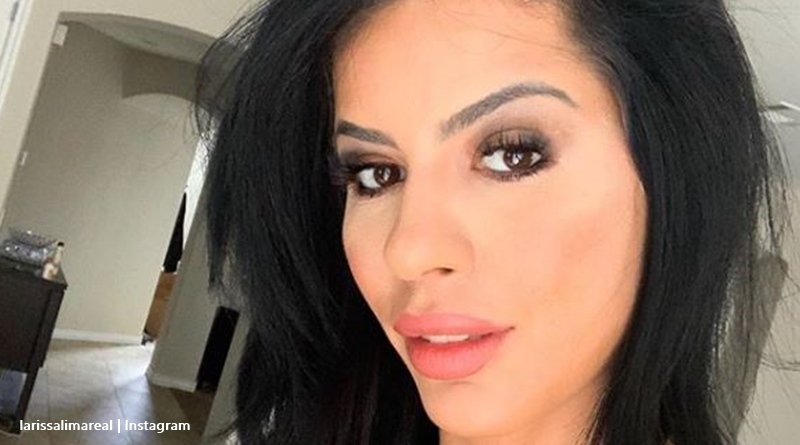 90 Day Fiance fans love to hate on Larissa Lima.  While her fans feel for her seeing she entered into a marriage with Colt and his mother Debbie, others feel she just wanted a visa. Of course, the multiple arrests for alleged domestic violence didn’t endear her to people either. Plus, following the divorce from Colt, she shipped herself into a relationship with her new man pretty fast. However, despite the hate, it seems that Larissa thrives. Now, she explained her philosophy as she plays her cards for publicity. However, does it mean she’s well-read and into Shakespeare?

Teen Mom 2‘s Jenelle Evans gets a record amount of haters these days. How she stays online is beyond some people. Everything she says gets slam-dunked a million times, but she keeps coming back for more. Likewise, but far short of Jenelle’s hate, Larissa keeps it coming on her social media. Seemingly unconcerned, she soldiers on, and some people admire that. But, as the cops said of the David Eason killing Nugget the dog – is it for publicity?

On her Instagram Stories this weekend, she posted a few answers to questions, and it seems that she’s adopting a Shakespeare quote. A fan asked Larissa, “How do you deal with the haters?” Her reply was very similar to a quote variously ascribed to William Shakespeare and Swami Vivekananda. Only, she tagged the hint of publicity on it.

In her reply about hate the 90 Day Fiance alum said, “Talk about me good. Talk about me bad. Just talk about me.” This is a simplified rendition of a quote often ascribed to William Shakespear: “Love me or hate me, both are in my favour. If you love me, I’ll always be in your heart…If you hate me, I’ll always be in your mind.” It’s sometimes ascribed to Swami Vivekananda, the Indian monk. If you don’t know, The Indian Express explains he brought the Indian philosophies of Vedanta and Yoga to the Western world. If it came from him, then it was about peace of mind rather than publicity or profit.

Larissa takes the interpretation of the quote a step further and explains, “My haters just do free advertising. They wake up thinking about me, spread my name, bring me followers and people interested. The bad mouth make[s] my storyline always attractive.” In other words, publicity at any cost is good. Depending on where you stand on the political line, you could almost tag that approach to Donald Trump, whether as a businessman or as a president. Or, closer to home, to 90 Day Fiance‘s Ashley Martson who also seems to thrive on hate and drama, though she denies it.

Larissa said in the same Q&A that she’s thinking about studying “to become an immigration lawyer.” Oops – well if that ever happens, a bit more discretion and less publicity might be the way to go. Anyway, she’s obviously quite bright, but Shakespeare? No, it’s not likely, as even dedicated scholars still argue it might just be a twisted quote from his Sonnet 90.

So, it’s actually more likely that Larissa draws her approach to hate from those Hallmark-type cards and memes all over the Internet. But the added implication of using the philosophy for publicity from Larissa unintentionally  justifies those 90 Day Fiance haters who slam her for “doing anything for money.”

What do you think about Larissa Lima laying out her cards on hate and publicity? At least she seems to admit she’ll use it for publicity – which Jenelle Evans denied. Do you think if people wanna hate, then Larissa Lima may as well cash in? Sound off your thoughts in the comments below.

Remember to check back with TV Shows Ace often for more news and opinions about 90 Day Fiance.