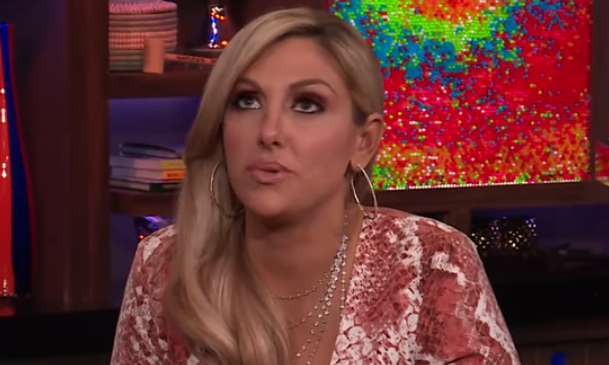 Gina Kirschenheiter made some mistakes this year and talks about it in an exclusive look at RHOC season fourteen on ET Online. After moving into her new home, she’s dealing with a divorce and taking care of three kids.

The reality star just moved into a home alone for the first time and is owning up to the mistakes she made. This season is going to be a time for her to reflect and make significant changes.

Gina Kirschenheiter of RHOC Talks About Her DUI

Gina was pulled over in January and pleaded guilty to driving under the influence in July. She received a sentence of three years’ probation, twenty hours of community service, and six months of an alcohol program. In a confessional, she explained what happened.

“I attended a legging event with local moms and had some wine,” Gina Kirschenheiter said of the night in question. “I wanted to go home so I got in the car and shouldn’t have.” She got pulled over on the way home.

She said this is her worst defining moment. In a facetime with her father, she says, “the kids love the new house, and I’m doing really good. That’s why I’m so bummed I made such a stupid decision to drive.” She said the kids all know she’s getting divorced with the two younger ones not really understanding what’s going on. Gina thinks that’s for the best because they’re so young and the oldest has been good about it.

What Is The Reality Star Mostly Worried About?

Continuing to talk to her father she says, “I hope the kids don’t think bad of me.” Gina Kirschenheiter says, “because I want my kids not to remember what I did, but what I did about it.”

The story of her DUI and the consequences will be the focus in the new season. It’s also going to uncover the Gina and Matt domestic abuse saga we previously reported. They had separated and reconciled a couple of times. The reality couple have had a very volatile relationship with some violent fighting which ended with Matt being arrested. Gina also got a restraining order to keep her distance.

Tamra Judge, her RHOC co-star made a comment about what Gina has been going through. She states, “Gina really was a rock star this season.  You’re gonna learn a lot more about her past because she opened up this season.” We can’t wait to see all the Gina Kirschenheiter drama unfold and truly hope she can put these mistakes behind her.

Make sure you don’t miss The Real Housewives of Orange County when it starts airing on Bravo.

‘MAFS’ Virginia Coombs Spotted With Ring On THAT Finger Post Split
‘When Calls The Heart’s’ Chris McNally Strikes A Pose With Erin Krakow
Ready To Ride Into The Sunset With Hallmark’s ‘Taking The Reins’?
Jill Dillard DRAGGED For Taking Advantage Of The Duggar Family Name
‘Below Deck Med’: Delaney Evans Still Loves To Play Dress-Up