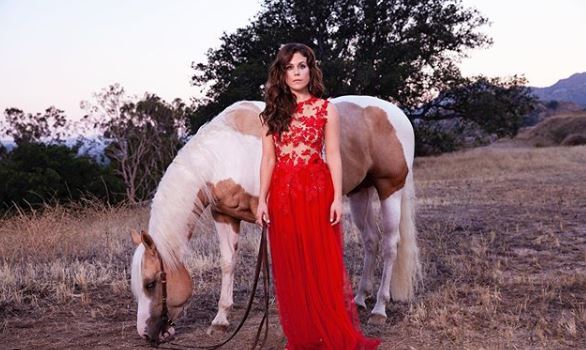 Erin Krakow of When Calls the Heart just shared a new preview of her upcoming movie A Summer Romance. This movie will be with Ryan Paevey from General Hospital. The actress went to her Instagram to share the new preview for her upcoming movie. It looks like a typical Hallmark movie, which is a great thing.

This new movie will air on Hallmark and looks like it is going to be a hit. In this movie, Erin’s character is seen telling Ryan’s character that she doesn’t want to start over. The thing is they seem to have a bit of a connection. It looks like by the end they could find love with each other. She even spends some time teaching him to ride a horse.

What are Erin and Ryan up to now?

Ryan Paevey left General Hospital and has now been doing a lot more work on movies. He has been working with Hallmark and you do not want to miss what he has coming out. Ryan also had a guest spot on the show Games People Play recently.

Erin Krakow has been very focused on her role on When Calls the Heart. When she had some downtime, it looks like she has been focused on movies. She also shared another post on Instagram about another film she just finished recording. It looks like this one might end up being a Christmas movie. Here is what she shared.

And that’s a wrap on #SenseSensibilityAndSnowmen! I miss it already. ❄️

Are you excited to see the new movie A Summer Romance on Hallmark? Share your thoughts in the comments below. Don’t miss A Summer Romance when it airs on Saturday, August 17th 9 pm/8 pm CST. You can follow Ryan and Erin both on social networks to see what they are doing next.