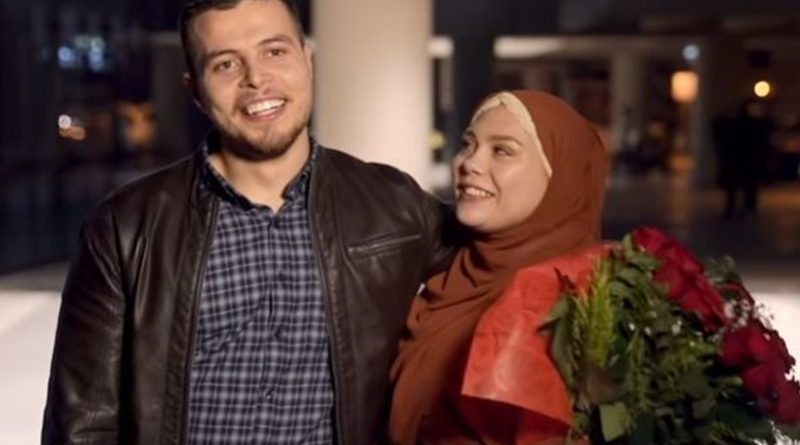 90 Day Fiance: Before The 90 Days Season 3 arrives on our screens on August 4. TLC delivers the prequel to 90 Day Fiance yet again, and we see the return of some old faces. These include Angela Deem and Darcey. One couple we have never seen before actually looks very interesting. For once, TLC chose a couple close to the hearts of many people. Not only do they represent an area of conflict we all know something about, but their faith’s got a twist, as well. Here’s hoping that Avery, 19 from Columbus, OH and Omar, 24 from Syria bring a story that’s more than manufactured drama.

90 Day Fiance: Before The 90 Days brings an interesting couple

We already know that the Other Way proved a popular season for TLC. That depicted people from the USA going to foreign countries. However, they never intended to return to the USA with their spouses. Before the 90 Days, sees them meet and then try and get their partners back to the USA. Accusations of ‘green-card’ frauds don’t really stand any merit on The Other Way. However, we should expect a lot of it in Before The 90 Days.

No doubt, some of those allegations will rear up like mushrooms in the depths of social media when it comes to Avery, and Omar. Of course, the news, full of Europe and various terror connections involving Muslims in ISIS runs hot. Stories of European nationals who went off to Muslims countries and got their heads chopped off, also scaremonger in the UK. That’s not to say they are not true stories, but media tends to play this up. People across the world often fear Muslims because of negative media coverage. That’s what makes this 90 Day Fiance couple interesting.

The 90 Day Fiance couple meet away from Syria’s battlegrounds

Firstly, it’s interesting that Omar lives in Syria. We see this place almost daily on the news, after all. Most people would want to get out of the place, but Avery’s going the other way. Okay, she’s not actually going into Syria and meets him in Lebanon. It’s a slightly safer country, after all. However, we know of issues in that country as well. They have some interesting laws about marriage and couples and which religion they belong to. So, this real-life situation needs to be navigated by converted Muslim Avery.

TLC’s bringing some inside footage of Lebanon, and we see too little of that. Omar’s also interesting. Starcasm points out that his bio says he’s studying at the University of Damascus. That’s in Syria and he’s working towards becoming a dentist. So, he’s ambitious and intelligent, and likely to provide for Avery if he ever gets married to her. Obviously, family stress is likely to come from Avery’s side. She’s American, she’s young, and she converted to the Muslim faith, which freaked her family out. Expect some drama from that side of the story.

How did the couple meet?

According to their 90 Day Fiance: Before the 90 Days bio, After Avery converted from Christian to the Muslim faith, she and Omar met via a Muslim dating site. “They fell in love online and got engaged. Now traveling to meet him for the first time in nearby Lebanon, Avery must decide if a lifetime with Omar is worth the risk of being in an unstable, battle-scarred country.”

What do you think about Omar and Avery? Do you think it’s an interesting combination of faiths and cultural issues? Are you keen to see something of Lebanon other than the occasional hot news flash? Sound off your thoughts in the comments below.

Remember to check back with TV Shows Ace often for more news about 90 Day Fiance: Before the 90 days.