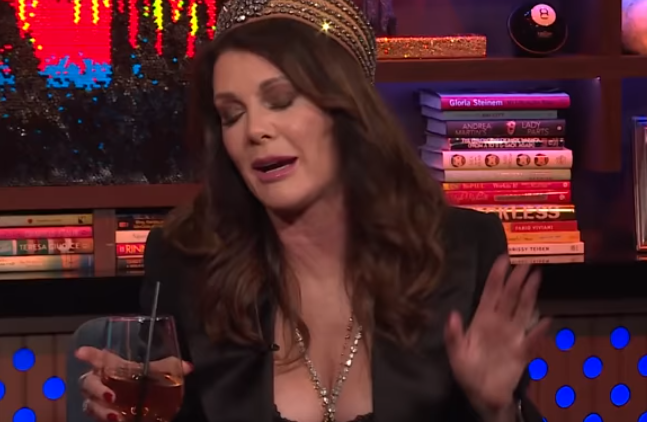 It is like Puppygate just won’t go away. Somehow this poor dog Lucy’s life has dominated the drama for RHOBH. So much so that Lisa Vanderpump isn’t returning to the show after years as a main housewife.

Lisa Vanderpump Is Responding To Kyle Going Off On Twitter

With one of the fans tweeting back to Kyle asking if Lisa Vanderpump’s dogs walk on water she responded. She said, “no it’s quite the opposite really After a year she still doesn’t get it.” The fan had been referring to the five thousand dollar return policy on the dogs.

According to People, she further said, “the return price is so our dogs are returned to us. If you don’t return the dogs to the center you get charged.”

This means Dorit Kemsley would have been charged the money for dumping the dog at a kill shelter. Kyle Richards admitted in her tweets Dorit made a mistake and references the return policy. If it’s for not bringing the dogs back, however, it makes no sense. Lisa Vanderpump says the policy is in place to make sure the dogs stay protected.

Kyle maintained the Puppygate thing happened on camera, and that’s what they talk about. They aren’t supposed to talk about their husbands or things outside of the show. Kyle tweeted she never once discussed the lawsuit Lisa had gone through. She said they don’t get into Lisa’s family and background. It was obvious most of her rant was focused on Lisa Vanderpump.

At one point Kyle tweeted she was brought to Vanderpump Dogs it was to unknowingly make Dorit look bad. A twitter user said, “if you didn’t know what was happening then why did you question why Dorit’s ex-dog was there. Who told you that, production, Teddi?”

Kyle’s tweets seemed to contradict each other as in another she said, “I knew what was going on when I went to Vanderpump Dogs that morning.”

Lisa Vanderpump responded to that twitter user’s questions with, “Good point, and accuse me of protecting Dorit. She always maintained she knew nothing before.” This battle seems to still be hot between the two former best friends which is really sad for those who watched from season one. With all the back and forth, there’s no way we’ve seen the end to this feud or to Puppygate.

Make sure you don’t miss new episodes of Real Housewives of Beverly Hills on Bravo.