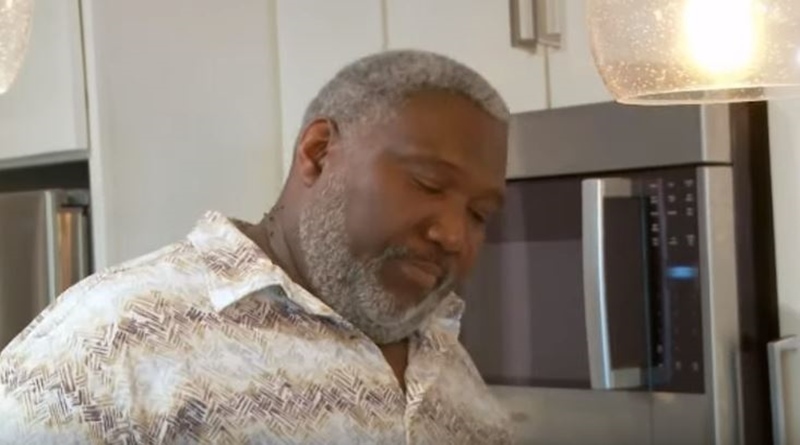 Life After Lockup spoilers promised we’d see Megan’s Dad engage in a conversation with Michael. Well, he delivered on that, and fans loved him for it. However, they can’t get over Megan who feels “between a rock and a hard place.'” Fans reacted to her dad as it seems the whole love triangle really presents only one person with a head on their shoulders.

The segment for the Sarah, Michael, Megan love triangle opened with Sarah seeing her divorce lawyer. She says it’s time for a divorce, but really, her heart seemed not into. When she told her lawyer she’s afraid, she never actually said she’s afraid of Michael. Even the lawyer got the hint that Sarah was not yet ready to commit. However, after raising custody issues on the kids, Sarah signed to file.

Whether you think Sarah’s not very bright or not, she’s mostly the innocent party in this. As Megan’s dad said, she’s stuck with a guy who “can’t keep it in his pants.” Although Megan’s dad talked about that to Megan, it equally applies to Sarah. Will Sarah actually go through with this divorce? Time will tell us, but perhaps Sarah could use a dad like Megan who actually stole the show.

Megan’s dad talks to Michael on the phone

When Megan’s dad said he wanted to call up Michael, Megan got all hesitant. However, Michael really came over very short, would not commit to anything and threw it back at Megan about the wronged party. Megan’s dad told Megan straight up he didn’t like the way the guy spoke. He also worried that he could end up with grandchildren birthed by that kind of man. Actually, Michael sounded high, and that was evident even to viewers.

Life After Lockup‘s Megan got the worst of some straight talking from her dad though. He even mentioned to her that women like her mother had some “intuition,” shaking his head over her. It came when Megan told him she went to Flint and picked Michael up from jail. He added, phrases like, “You’re not exercising good judgment,” you “want that drama in your life?” Look, he nicely told her he didn’t want to “come down on her,” but he “had to as he loves [her] too much.” He added, “let’s be realistic about things right now.”

Over on Twitter, fans of Life After Lockup who follow the show live all agreed that her dad’s the best. Actually, he’s the only one who seems realistic at all. Here’s what some people said about it:

What did you think about Megan’s dad basically stealing the show in the episode? Many fans reacted, loving that he’s talking sense. Do you think it will make any difference to Megan? Sound off your thoughts in the comments below.

‘The Bold and the Beautiful’ Spoilers, June 21-25: Thomas Gets The Shock of His Life
WOAH! Savannah Chrisley’s Legs Are As Smooth As A Baby’s Bottom
‘Below Deck’ Daisy Has Drunk Regrets After ‘Sailing Yacht’ Reunion
Ryan Sutter Of ‘The Bachelorette’ Fulfills Dream Amid Health Crisis
‘OutDaughtered’ Quints Enjoy More Fun On New Wheels