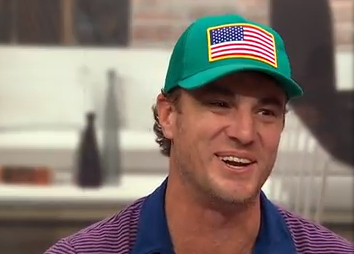 Recently Shep Rose of Southern Charm sat down with People Now to talk about the recent episode. The host says, “in the last episode you got into it with Kathryn. It wasn’t in the episode but in the trailer it looks like you call her white trash.”

Shep says he’s glad they cut it. He said he was angry of how she was acting. Shep said she’s been going through a lot but she internalizes it and then explodes.

On Bravo TV The Daily Dish it says what’s most shocking is Danni getting heated because she’s usually so reserved. This seemed to be the catalyst for Shep getting angry and saying Kathryn was being a child.

Danni confronted her on Southern Charm about her extravagant expenses like her new car and expensive place. She told her, “you have built so much for yourself the last couple months and you’re self-sabotaging yourself.”

Kathryn said on the after show, they’d never had a fight and for them to not be talking to each other. Kathryn had gotten angry because she thought Danni had been talking about her. The fight continued to escalate until the besties were cussing each other. In the after show, Kathryn says Danni is the most important thing to her so they seem to be fine. Perhaps Kathryn needed someone to put her in her place and Danni knows her well enough to do it.

When trying to get the inside info whilst gambling at a horse track, go directly to the guy with a pink jacket and Hawaiian 🌺 shirt with a bunch of things circled on the race form. Trust me on this. #delmar 🐎

He also talks about Kathryn and Whitney hooking up. The host asks if he has any feelings since they hooked up. Shep says, “I don’t have any jealousy residue or anything like that.”He says it’s typical Whitney that he denies it. Shep maintains he’s the Southern Charm weirdo and it’s a strange thing.” The reality star said, “he could have just said it happened and was a one off but he just won’t.”

The host also mentioned the breakdown Kathryn had talking to Craig about Thomas possibly going to jail. Shep said it wasn’t something you see a lot and she actually had another breakdown with him off camera. The southern gentleman says he sees her and feels very protective of her.

Shep also said seeing Ashley Jacobs back, he wished he knew what went on in her brain. He said he was like, “you’re from Santa Barbara, go home. Charleston hasn’t really been that great for you” Leave it to Shep to always tell the truth about his Southern Charm co-stars.

‘Extreme Sisters:’ Why Do Patrix & Patrica Want To Move To Orlando?
‘LPBW’ Fans Suspect Tori Roloff Is A Lazy Diva, Won’t Get Dirty With Zach
Julie Chrisley Dishes: Who Is Her Favorite Person To Cook With?
‘General Hospital’ Spoilers Reveal Cyrus Is Gone, At Least For Now
YIKES! Ivy Seewald In Least Likely Place Guzzling Out Of A Jug