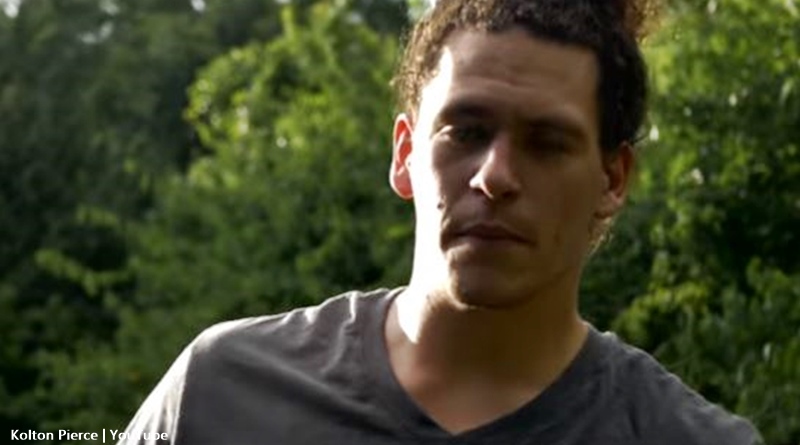 Marrying Millions by Lifetime is similar to  TLC’s 90 Day Fiance series in a way. The show also brings unlikely couples together who face family dealing with odd relationships. However, this show sees ordinary people match up with millionaires.

In the current season, we see the couple, Katie and Kolton, together. Kolton’s much young than Katie who already produced four kids. In fact, they met through Katie’s teenage daughter. Katie, previously married to Texas Rangers outfielder Josh Hamilton, holds around $10 million in her net worth. However, the couple doesn’t really stress about money, and he’s growing his music career.

Marrying Millions and money, no issues between Katie and Kolton

Katie’s 14 years older than 23-year-old Kolton. However, that’s not really a huge gap, given the 39-year age difference between fellow castmates Bill and Brianna. Actually, it seems that neither of them really worry about money issues. Kolton’s got his own ambitions as an aspiring rapper and he started that before he met Katie. In a recent interview with Parade, the couple suggests that they never thought the financial focus would head the show’s storyline.

In fact, Katie explained, “I knew that the finances were a portion of it, but I didn’t realize that it was quite so money-driven, really, until we started filming…Had I known that I definitely wouldn’t have agreed to it, just because [money] is not something that I’m that excited to talk about in my everyday life.” It also seems that Kolton’s not obsessing about money either, as you don’t see this couple out on shopping splurges on Marrying Millions.

While Koton’s not the new 50 Cent, he’s got some music up on Spotify and a few of his older performances on his YouTube. A recent one includes his Bad at Love number which you can watch below. In fact, Starcasm reports that since school he already recorded 14 tracks before Marrying Millions began.

The newest one’s titled Chances. Meanwhile, Digital Journal points out Bad at Love refers to his relationship with Katie. However, it was more about “bad experiences with love in the past.” He feels the song’s about seeing if he could do “better” with his “new girl,” Katie. He added, this time, he’ll go “all in” and not “hold back.”

Apart from Spotify and YouTube, Kolton often posts tracks to his Instagram. His account’s open, and anyone can follow him there. One of those video tracks includes the caption, “Birth mom was an addict. Born into the system. Adopted at 5. You’d never know by how I act. God has a plan that is MUCH GREATER than your own. Trust Him. I’m not here to say my life is harder than anyone else’s. I’m just here to tell you that you aren’t alone and you WILL make it out. This music thing is what I do now and I love it.”

What do you think about Kolton and Katie feeling it’s not all about money in their relationship? Do you think Kolton’s music career matters more to him than wealth right now? Or, could it be that money backing him might help boost that career in a hurry? Sound off your thoughts in the comments below.

Remember to check back with TV Shows Ace often for more news about the cast of Marrying Millions.