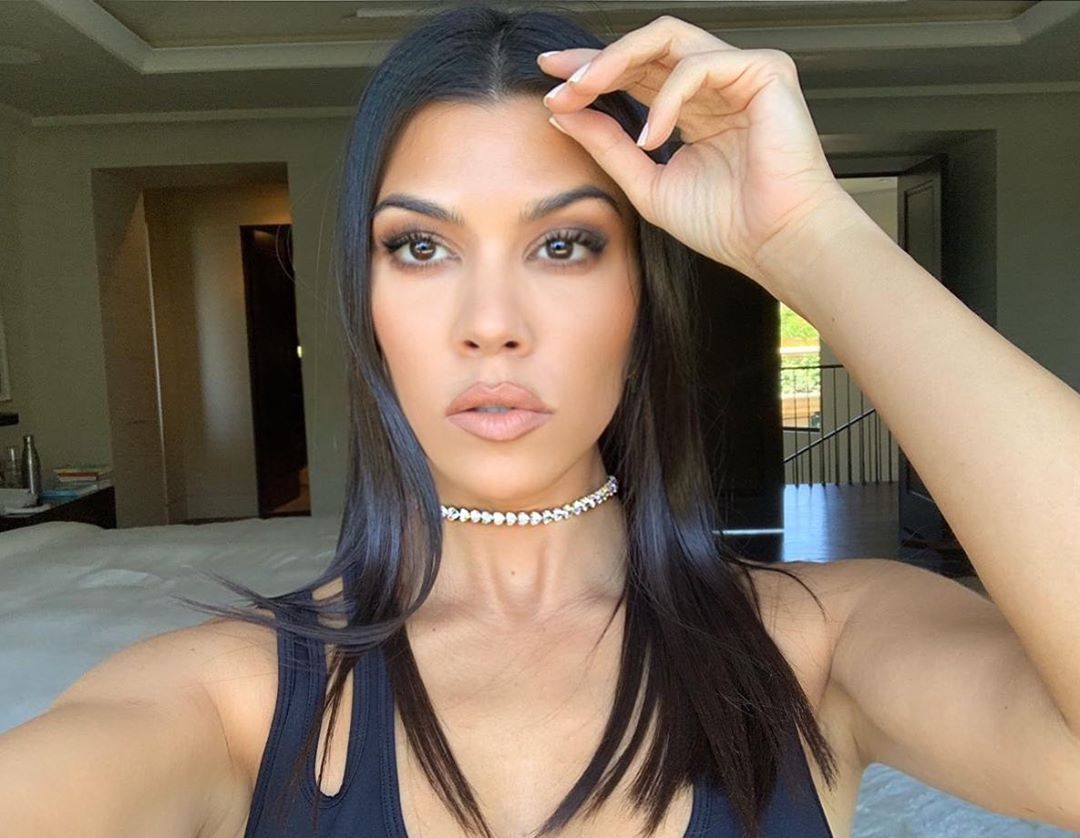 Kourtney Kardashian received a heavy amount of criticism recently. While the latest season of Keeping Up With The Kardashians has concluded, fans have hardly seen everything it has to offer. In the past 48 hours, the family released bonus footage from the season.

The footage featured Kim, Kourtney, Khloé, and their best friend Jonathan Cheban enjoying a meal. While dining, the group viewed pictures and video from the Woolsey Wildfire in California.

For those unfamiliar with the fire, it scorched nearly 100,000 acres. The Woolsey Fire was a devastating and destructive wildfire. Igniting on November 8, 2018, it burned 96,949 acres. The destructive fire burned for nearly two weeks before being extinguished.

The Kardashian trio described the fires as a great bonding experience.

As the group discussed the wildfire, Kim explained they were only able to take what they could put in their vehicle as they evacuated. When Jonathan asked about damage, the group mentioned Kourtney’s backyard was constantly on the news.

Khloé recalled Kourtney shrugging off the incident. After all, her home and everything in it could be replaced. This line of thinking is when fans started to have a problem. Some coined the reaction Kourtney Kardashian had to be a bit insensitive.

At this point in the clip, Kourtney takes the floor. She recalled a conversation with her daughter Penelope. Her daughter asked what would happen if they lost their house. Kourtney admitted to reassuring her daughter. Telling her not to worry.

“We can go anywhere. Let’s go to Italy. We can move to Italy. I was like, we can eat focaccia for the rest of our lives.”

Jonathan added “that is unbelievable,” before the clip came to a close.

Unfortunately for Kourtney Kardashian, the bonus clip did ramp up KUWTK fans. Just not in the manner they hoped for.

The YouTube video has been viewed just shy of 300,00 times since uploaded. With over 100 thumbs down and 300 comments, many slammed Kourtney and the rest of her clan.

Some fans noted it was hard to relate to the “rich people conversation.” Many criticized Kourtney and her family for being insensitive about the tragedy. Some used the comments to education the Kardashians. Educate them on the fact that many people were still suffering from the wildfires.

Kourtney Kardashian Faces Backlash for Her Reaction to the California Wildfires in 'KUWTK' Clip https://t.co/nhAmLEpsFY

Not everyone took to the comments to blast her. Some opted to shower the Kardashians with support. One individual took comfort in how “fortunate” the family was.

“She’s very fortunate to be able to calm her kids’ fear that way and for it to be truthful,” one fan penned.

By the end of the conversation, Kim came under fire too.

Kim concluded: “You guys, this fire brought us all together,”

In the comments, many took issue with Kim describing the fire as a bonding experience.

Despite catching heat for being insensitive, Kim and Kanye did donate toward relief efforts. Per Reuters, the couple donated $500,000.

Do you think the dinner conversation was insensitive? Stick with TV Shows Ace for the latest Kardashian news.