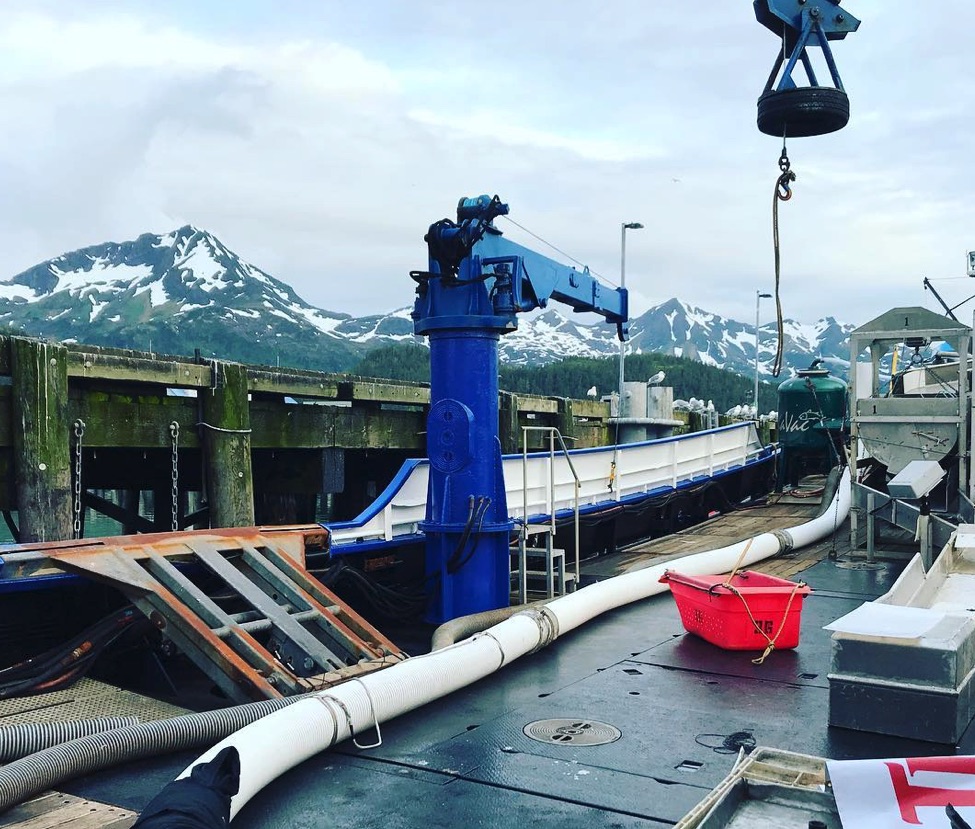 After the news on Thursday that a former Cornelia Marie crewman was sentenced 51 months in jail, Deadliest Catch fans may wonder  who else has been arrested? While most fans may not remember Jason “Tennessee” King, they will definitely remember most of the others arrested. Here are the biggest Deadliest Catch arrests, starting with the most recent.

Jason “Tennessee” King is a former Deadliest Catch star that only spent one season on the Cornelia Marie. This is that very boat that the late Captain Phil commandeered and now Captain Josh Harris and Captain Casey McManus run. Besides crab fishing, his other career was getting into trouble. He was a repeat criminal that had a nasty month of reckoning in April 2017.

First, he was pulled over on a traffic stop by authorities. This was no accident, as they were alerted by a third party. Turns out Jason King was transporting a pound and a half of marijuana and $25,000 in cold hard cash. The officers wondered if there was more.

Not long after this traffic stop,  several branches of the law, including ATF, got a warrant to search his home. Inside, law enforcement found 14 pounds of marijuana all measured up in smaller plastic bags, 21 grams of meth and a .38 Smith & Wesson. As King was a repeat felon, he was given the maximum sentence of 51 months in jail.

In July 2018, Northwestern deck boss Edgar Hansen was charged with assaulting a minor. The actual incident occurred in October 2017, nearly a year before the arrest. According to court papers, “16-year-old Jane Doe (name used as she is a minor) told her therapist that she was sexually assaulted” by Edgar Hansen.

When an assigned detective went on to investigate, he spoke to Edgar’s wife. She revealed that when she learned of the allegations, she called and confronted her husband. He first denied it all and eventually admitted to the whole thing.

Edgar Hansen was given a 364-day suspended jail sentence. He must go through a sexual deviancy evaluation, and submit his DNA. He also had to pay court fees of $1,653. It could be assumed that if there is another incident, he will have to complete his jail time.

Discovery made no statement about Edgar Hansen’s arrest, but actions seem louder than words. Edgar is still working on the Northwestern, but you have to really look for him in the background, as he is not featured on the Deadliest Catch Season 15.

Jake Harris is a fan favorite that has gotten into trouble on many occasions. He is a former Cornelia Marie crewman and the son of the late Captain Phil Harris and brother of Captain Josh Harris. He is no stranger to trouble. In January 2019, Jake Harris tried to outrun law enforcement while driving an RV. When he refused to identify himself, he took off in the RV and the officers were able to stop him moments later.

They found a shaking Harris, clearly reacting to drug use. In his vehicle was 14 grams of heroin and drug selling paraphernalia. The officers also found a shotgun, which turned out to be stolen. Jake was arrested, with bail set at $200,000. Harris, who was driving on a suspended license, was charged with four felonies: Possession of a stolen firearm, DUI, maintaining a vehicle for drug trafficking and possession of a controlled substance.

In the spring of 2017, Jake Harris was also arrested, but this time in Arizona. Turns out his female friend called the cops to report that he stole her vehicle. They found Harris at a Circle K not far from the hotel they were staying at. The officers asked Jake to reveal what was in his pockets, and it turned out it was meth and Xanax. He claimed that the woman who owned the car put the drugs in his pocket. Nonetheless, he was arrested, and he made bail. But, Jake did not show up for his court hearing and  there was a warrant out for his arrest.

In May 2017, Northwestern captain, Sig Hansen, got himself into a some serious trouble when using the  popular ride share. Sig, his wife June, his daughter Mandy Hansen-Pederson and son-in-law, Clark Pederson, got an Uber after a night of celebrating Norway’s constitution day.

According to the Seattle Times, the two couples went into the Uber, when they had some issues with the app and the ride was canceled. Then, they asked if they could pay cash and the driver advised Sig that was not allowed. As the Hansen group did not fill out the app information, the ride was essentially canceled, so the Uber driver dropped them off right there.

This is when Sig became angry. He and Clark were accused of spitting on the driver and in the back seat, while his daughter was begging him to stop. Then the guys kicked the passenger’s rear side of the vehicle, causing a dent. The driver called the police and 20 minutes later, they arrived to Sig’s house. The Northwestern captain was clearly intoxicated and resisted arrest. Eventually, the police cuffed him and hauled him off to jail for a misdemeanor. He was let go and paid less than $2,000 in damage.

Captain Keith Colburn has had a history of greenhorn problems over the history of the Deadliest Catch, but he has only had one that was a bank robber. According to the Oregonian, Joshua Tel Warner robbed a Washington Mutual Bank in October 2007. Then in April and August 2009, he robbed the Pacific Continental Bank on both occasions. In between those two sets of bank heists, he signed up as greenhorn of The Wizard.

Turns out, the surveillance football from the robberies and promos from the Discovery show were on at the same time on tv. Savvy Deadliest Catch fans quickly put two and two together, and contacted authorities. Deputy District Attorney Chris Parosa summed it up succinctly. “I don’t think it was a particularly brilliant move on his part.” In 2010, he was sentenced nine and a half years jail time. He should be out just in time to apply to be the next Wizard greenhorn again.