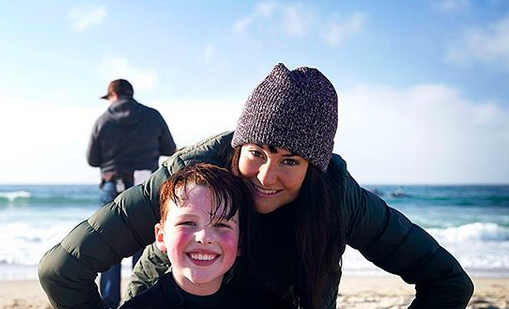 Season 2 of HBO’s Big Little Lies came to an end on Sunday, July 21. Though the finale provided some closure, fans are still hopeful that there will be a third season of the show. Of course, fans also still have questions about the finale.

Originally, when HBO president Casey Bloys spoke about a possible third season, he didn’t sound hopeful. He spoke with TV Line and said, “I love this group of people – I would do anything with them. But the reality is, they are some of the busiest actresses working in Hollywood. We have deals with some of them — Nicole [Kidman] is doing her next show with us. I just think it’s not realistic.”

Then, he added, “Look, if they all came to me and said, ‘We worked out all of our schedules!’ – then sure. But I just don’t think it’s realistic.”

In February, the creator and executive producer of Big Little Lies felt like the show should end with Season 2. David Kelly said, “It’s one and two, and we like our closure with season two, but that will probably be it.” Since then, we haven’t heard anything on his stance.

As it turns out, he was also skeptical about a second season of the show before it happened. It looks like he is approaching the possibility of a third season the same way.

Recently, Nicole Kidman, who plays Celeste Wright in the show, opened up about Season 3. She said, “I think we would love to do a season three because there is certainly ideas, but we would not do it without all of the same people involved … even the kids.”

On Wednesday, Bloys was at HBO’s Summer Television Critics Association press tour. This happened just a few days after the Season 2 finale of Big Little Lies. At this press tour, he spoke about the possibility of a third season. He said,

“What became clear to us [after season one] is ‘Oh, there is a story to tell,’ which was, ‘What happens after a big lie like that? How does it affect everybody?’ To me, on the face of it, there’s no obvious place to go, no obvious story [after season two]. That said, this group is an extraordinary group of actors and producers, writers and directors. So, if they all came to me and said, ‘We have the greatest take, listen to this,’ I would certainly be open to it. But who knows? It just doesn’t feel like it. But I’m certainly open to it.”

Though he is open to doing a third season, it just doesn’t seem likely. A third season would do well, especially because Big Little Lies fans seem on board with the idea. It seems like the bigger problem is getting all of the stars together for a third season when they are already busy on other projects. Some fans have said that they would be willing to wait a few years for the next season.

you can’t falter here. don’t miss the finale of #BLL2 tomorrow at 9pm.

We have yet to be given a definite answer. We may not know for some time whether Season 3 is happening for sure or not.

What do you think of a possible third season of Big Little Lies? Did you watch the finale of Season 2? Share your thoughts below!

‘LPBW’ Tori Roloff Slammed For Insensitive Comments About Lilah
Did You Miss This JonBenet Ramsey Reference In ‘Cruel Summer’?
‘AGT’ Klek Entos: Who Is The Man In A Bizarre Mask?!
‘Below Deck Mediterranean’ Season 6: Release Date, How To Watch
‘Below Deck Sailing Yacht’: Jean-Luc Breaks Silence On Dani’s Baby