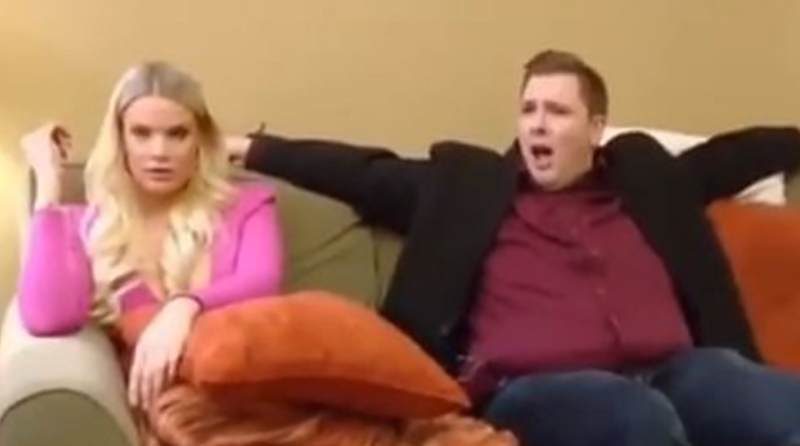 90 Day Fiance: Happily Ever After Tell-All saw a strangely savage Colt on the show recently. He clashed with Chantel, got in Pedro’s face a bit, slapped at Ashley Martson and talked down to Nicole. Of course, he also got a bit ugly with Larissa, his ex, but that’s nothing new. On the show, many people thought Colt’s generally too soft and mother-dominated. But he showed a new side that freaked fans of the TLC show out a bit. Now, he apologized, but some fans like the new savage Colt.

Maybe there really was a savage side to Colt all along, but fans mostly thought if there was, it came from his mom Debbie. But everyone got taken aback when the Tell-All literally showed him calling out and trashing most of the rest of the cast. Recall he referred to Ashley Martson as “Trashley,” something her harshest social media critics refer to. He also mentioned how Azan and Nicole literally seem to be there just for the show and won’t marry – ever. Additionally, he mentioned that Chantel’s “just noise.”

Well, for fans of the 90 Day Fiance show, he probably just called it the way so many others do. However, he seemed to forget that he never came across as the ideal husband. Many critics hated the way he seemed unable to separate his mom from his wife and discussed everything with her. In real life, a couple’s a couple and there’s a place for mom. But, not in every little thing between an intimate couple. In fact, that parent involvement seems the main issue with Pedro and Chantel as well.

Colt apologizes but he’s not groveling

Taking to his Instagram Stories Wednesday night, Colt posted up an apology of sorts. He said, “I am sorry for my mistakes and all I can say is that I’ll spend every day trying to be the best me I can. But I’m not doing it for you, I am doing it for me. Life is too short, be the best that you can be.” So, that’s actually quite a manly thing to say, but Colt makes it clear he’s not doing it because the media, the fans, or the rest of the cast want him to. He’s not actually groveling.

Over on his main Instagram, many followers picked up on the fact that Colt’s far more ‘savage’ these days. Posting up a photo of the cast at the Tell-All, Colt captioned it with, “Take the photographs and still frames in your mind. Hang it on a shelf in good health and good time. Tune in to TLC on Sunday at 8 p.m. for the ultimate finale.” Lots of fans laughed as all the cast looked quite good, but he chose one that showed Ashley at her worst, with her eyes closed.

Fans approve of savage Colt for the time being

On that post, several 90 Day Fiance fans commend on the savage Colt. Here’s what some of them said about it:

Take the photographs and still frames in your mind. Hang it on a shelf in good health and good time. Tune in to TLC on Sunday at 8 p.m. for the ultimate finale.

Of course, many other comments came in, but most of those came with laugh emojis as Colt changed the name of his IG account from Coltee to Savage Colt.

What do you think about the new savage Colt? Did his new-found attitude surprise you? Sound off your thoughts in the comments below.