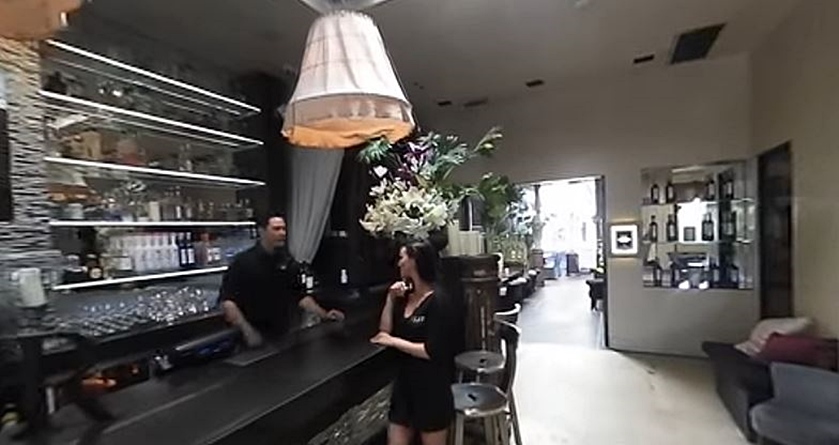 Vanderpump Rules new season will come along, as we know filming already started. Of course, we heard about a new cast member, a different dynamic, plus Jax and Brittany’s wedding features. Now, it seems filming at SUR restaurant’s happening at the moment. That means people can go in and enjoy the usual service. However, notices reveal that consent if caught on camera is rigid.

TV Shows Ace reported first on a rumored new cast member, Dayna Kathan. This later got confirmed. Apparently, she did feature in one or two minor bits of the show. We wrote, “It turns out Dayna actually featured in the past. The Hollywood Life source revealed, “She’s worked at Sur and been friends with the cast for a while now, but she doesn’t get along with Brittany or Jax so a lot of the drama will center around that.”

Well, people hoping for that type of drama might just see a bit of it, as filming’s going at SUR according to a Reddit contributor. However, even if there’s no drama going on while people visit, at least some people may get a few seconds of fame on the show if captured by the film crew. Mind you, the filming notices come with a long list of consents that customers need to understand.

Consent to feature in SUR quite rigid

Reddit user u/pinkpurrr posted up about going to SUR. They captioned a photo with, “Just arrived at SUR for happy hour and they’re filming.” Obviously, that’s for Vanderpump Rules. After all, RHOBH is not part of Lisa Vanderpump’s life anymore. Interestingly enough, they grabbed a photo of the notice about consent to get filmed on the show. It’s really detailed, probably because none of the customers are expected to sign papers and contracts.

The notice outside goes to some lengths to explain rights to people coming in. Plus, it ends with “If you do not agree to the foregoing, please do not enter the area.” The notice starts off by saying that “EFT Media Productions LLC …is photographing and/or filming a television program in the area.” People wishing to enter the area need to know that they and any “minor” with them could get filmed or photographed as well. In fact, just by entering, they surrender lots of consent.

Consents to be filmed and featured on Vanderpump Rules

The rules are quite long, but in summary:

One of the things people should note is that you can’t take any photos or film while in the area. You also give away the right to any claims for “damages, costs” and a multitude of other things. So, if you see a sign like that, note that if you enter, then you automatically grant loads of rights to them.

Would you go to SUR if you saw this sign outside where they probably film for VPR? Is it worth consenting to all the rules to see the cast and maybe get a few seconds on screen? Sound off your thoughts in the comments below.