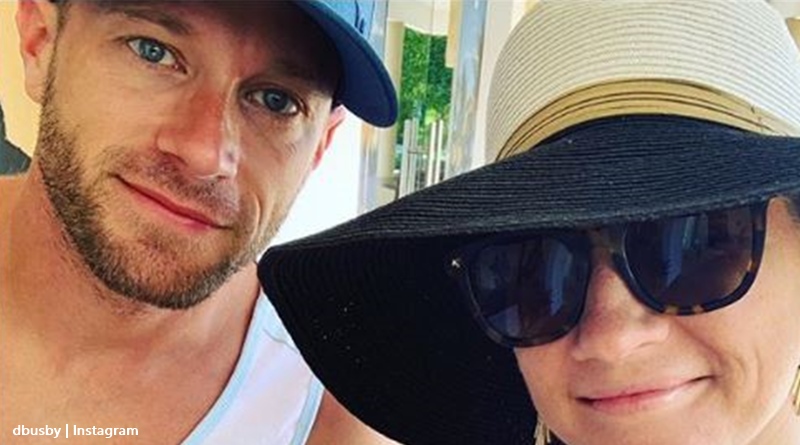 Outdaughtered fans already saw Adam and Danielle Busby moved out of their old mold-infested home. They took up residence in a temporary home, after staying with Uncle Dale briefly. In a previous article, TV Shows Ace speculated that they may have purchased the temporary home, but nobody knows for sure. However, fans now question whether they still remain in Houston at all. That’s because we also saw on the show, the possibility of a job offer for Adam in Dallas. Now, fans wonder if they ever moved there.

The Busby family’s quite secretive about what Adam does, and where they actually are at any time. Even though they post often about getting away, they never respond to too many personal questions. For example, when fans ask where the kids are staying, they can’t really answer. Let’s face it, six little girls really don’t need the whole world knowing where they are at all times. It’s a security issue that they need to consider seriously.

However, some clues indicate they may still live in Houston. TV Shows Ace wrote, “Danielle put up a photo of the kids at the temporary home on Instagram this week. She captioned it with, “It’s totally Summer!! Popsicles and swimming at 7pm 🤪 .” Of course, eagle-eyed fans picked up on the fact that it’s not their old [moldy] home. Also, it’s past six months when they hoped to return to their old place.”

The mold issues not yet resolved for the Busby family

According to GoodHousekeeping.com “an update on the family’s whereabouts” came from Danielle. It came when they talked about their various business ventures.  One of those mentioned was the “partnership with the educational toy company Learning Resources.” The OutDaughtered mom spoke about the mold issue in the Houston home. Apparently, it is “still not totally resolved as of this July.”

Danielle told the outlet, “We’re still living the life of the molded home and still in transition of whatever that means, and we still have not settled on what’s happening with our old home and where we’re living now…So, it’s just still a work in progress. We’re still in a place and it’s home, for now, so we’ll see what happens.” She added how much she misses her “big kitchen” and other things that require repair.”

The Dallas move? Did it ever happen?

Obviously, the Busby family can’t dish now on whether they ever took the job and relocated to Dallas. However, that’s quite unlikely. After all, Adam’s latest job shows on his Linkedin as owning his Adam Busby Media business. We reported on that this week. Also, it should be noted the company’s based in Houston and started 11 months ago. So, for now, it looks like the OutDaughtered family remains in Houston, rather than in Dallas.

Bear in mind, however, that the season’s still running, and we may yet find out more about whether the Dallas move actually happened or not. For now, we feel it’s not likely they relocated.  However, if we hear anything different, we’ll make sure to let you know.