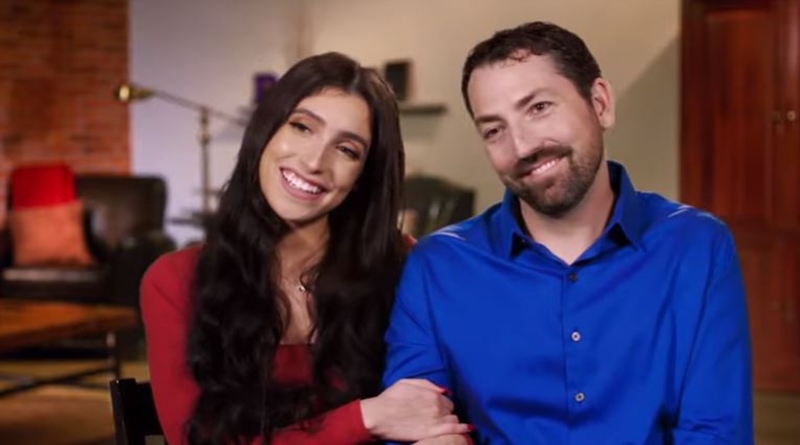 Marrying Millions comes to us from Lifetime. As you can imagine, she show brings couples who really live outside of each other’s financial bracket. Of the six couples on the show, Drew Gemma and Rosie seem very much a mystery couple. They almost seem too secretive about where and how they met. Between Rosie and Drew the age gap is 13 years. That’s not too big a gap, but fans speculate about them a lot. Now, it’s possible his secrecy may revolve around tax liens.

TV Shows Ace noted the mystery and the hidden secrets the couple seems determined to keep.  As we noted, “The…couple also doesn’t want to tell the fans how they met. You can assume it will come out on a later episode, but so far there is no confirmation at all. There is just a lot of speculation over what really happened.”

Well, speculation leads to tabloid interest and straightway, Starcasm started digging a bit deeper. Thye noted, “Drew made his millions in the landscaping business, and though he would be able to provide Rosie with the life she’s always wanted, her parents and friends don’t totally agree that he’s the one for her.” But, Rosie says the family would simply never approve of them if they knew the facts behind their meeting. So far, they haven’t revealed it yet.

A more recent article by Starcasm revealed there might be serious tax liens issues for Drew. June 23, they reported, “It seems the state of Ohio is also looking for some of the Drewster’s millions in the form of numerous tax liens over the past decade. That is in addition to multiple Uniform Commercial Code filings in which Drew used his contractor equipment as collateral.”

They also checked the local county and noted that the State of Ohio Department of Taxation filings on tax goes back to 2012. Some appeared to be paid already, but Starcasm can’t figure all of them and which filings payments may apply to. Actually, there’s a total of 14 case numbers.  They came to the conclusion that it appears amounts reflected “seem consistent.”

Starcasm goes so far as to question the amounts. That’s because it seems “that Drew’s quarterly state taxes are just under $4,000?” Obviously, they wonder about that as it certainly does not look like a huge amount “for a millionaire.” Possibly, he’s just not great at keeping his financials in order. That’s because Drew apparently had many more liens involving his “landscaping equipment listed as collateral.”

They also noted that on the Ohio Secretary of State website, “Drew had four separate Uniform Commercial Code filings since 2013 that are either still active, or had an original lapse date within a year of the current date.” It’s pretty puzzling when you try and figure out how a millionaire needs to “offer a lawnmower for collateral to a credit union.”

Hopefully, before any major commitment, Rosie will discover exactly what his financial position is all about. Maybe that accounts for their secretive and mysterious appearance on the show. What do you think about it? Do you think the storyline could revolve around Rosie and her family digging a little deeper? Sound off your thoughts in the comments below.

Remember to check back with TV Shows Ace often for more news about Marrying Millions. Make sure you catch new episodes on Wednesday nights after Married at First Sight.