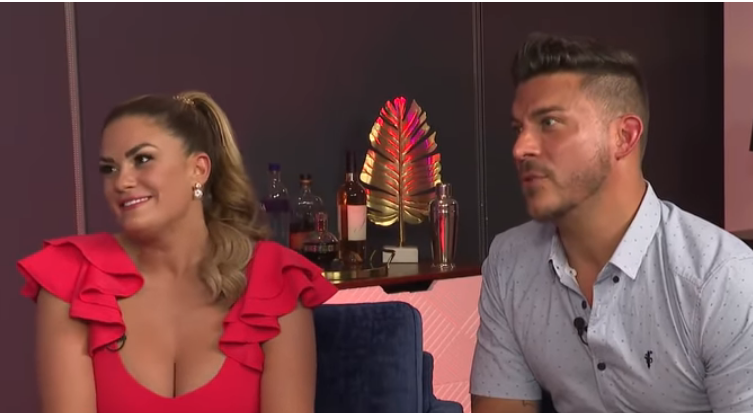 Yesterday Radar Online reported Jax Taylor and Brittany Cartwright were having issues in their marriage. The site said an insider claimed Brittany was concerned about Jax’s wandering eye and Jax had become worried about Brittany’s spending.

Today, according to Reality Blurb, the stars of Vanderpump Rules took to social media to address the claims. Fans were also quick to react with one tweeting to Lisa Vanderpump, did you sell this story to Radar Online? This is clearly a little call out to the whole issue on RHOBH with Lisa accused of selling a story.

The newly married couple dropped a lot of money on their first house and Brittany’s spending habits are showcased on Vanderpump Rules. It made sense Jax Taylor would have concerns about money now that his money is also hers.

Another reason fans thought money trouble could be an issue is because of their social media accounts. According to Celebrity Insider they used to share a lot more of their lives but recently it’s been all sponsored post and shoutouts.

There is a lot going on in Jax Taylor and the Vanderpump Rules star’s lives right now. It was only two years ago Jax cheated on Brittany and they broke up. Back then Jax denied they had broken up until the news came out on the show.

The news also just came out that a controversial cast member had been added to the upcoming season. Dayna Kathan is going to be a new co-star to Brittany and Jax and they don’t get along. This could cause friction in their relationship along with adjusting to married life together.

This is seriously my new favorite game to play at parties! @buzzedgame is the best way to get any party going! Want your own? Check out the link in my bio or the swipe up in my stories to get yours. Trust me, you will be glad you did! #ad #buzzedgame 🍹🕺🏻💃🏻 “the only reason not to buy this game is if you don’t like fun!” ~Jax Taylor #buzzedgame. (Link is in my bio on main page, have fun and be safe!! No drinking and driving) 💟

What Did The Reality Stars Have To Say About The Report?

Lisa Vanderpump replied to the article saying, “it’s nonsense.” This was in reply to a fan sending the Radar Online story to her via Twitter.

Jax Taylor said, “don’t believe everything you read on the internet just because there’s a picture and a quote.” He then shared a picture of the couple getting onto a flight to Las Vegas and kissing. They looked like they were having the time of their lives as happy newlyweds. Is the couple putting on airs or totally happy? I guess only time will tell.

Make sure you don’t miss Vanderpump Rules when it returns to Bravo with new episodes.