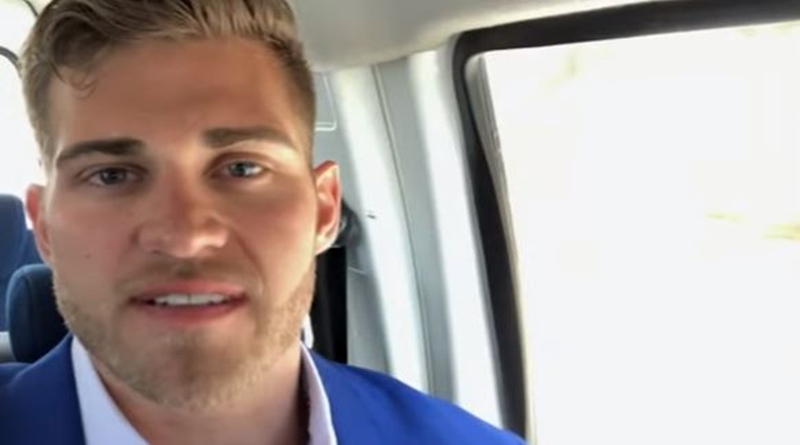 ‘The Bachelorette: The Men Tell All‘ episode got a lot of people angry at ABC and Chris Harrison. Now, Luke P was not the most popular guy on the show. In fact, people liked him less because Hannah B made most of the season about him. That came before finally ditching him over his attitudes towards intimacy.  Many fans like it that Hannah’s not shy about picking up some close and personal sessions with multiple guys. However, others disagree. Plus, many people felt it unnecessary for her to shame and humiliate him all over again.

Luke P probably anticipated a grilling at the Men’s Tell-All, but at least he did appear on it. However, many fans don’t like that Hannah B shamed him. Plus, the guys literally spent an hour bashing Luke over and over. Everyone knows that these types of shows always have a villain, but ABC endorsing and supporting what some see as bullying on national television went too far for some.  Whether you look on Twitter, Instagram, or YouTube, a large number of people are sharing their thoughts.

ABC even telegraphed the bullying and IG fans grew angry

Ahead of the show, on Instagram, The Bachelorette account posted up a poster that said, “Luke P. vs Everyone The Final Round.” Actually, The Tell-All turned out to be more like “Everyone Bullies Luke P.” The caption noted, “The men of #TheBachelorette had some differences of opinion this season, but there was one thing they agreed on…” Unfinished, obviously they could have ended with “they all hate Luke.” Here’s what some IG followers said about it ahead of and during the show:

The men of #TheBachelorette had some differences of opinion this season, but there was one thing they agreed on…

Angry reactions to The Bachelorette’s Hannah B bullying on YouTube

Over on YouTube, many more people spoke up about bullying, but this time, they focused on Hannah B. User Amaris wrote, “Hannah was very immature and cruel to continuously kick luke while he’s already down. People don’t realize that this man is not perfect, but has been put through so much humiliation and backlash. At the end of the day, he is a human. And he doesn’t deserve to live in humiliation and constant hate. Horrible. This kind of stuff drives people to their breaking point.”

YouTube follower Priscilla wrote, “The basis of what I believe is love and loving others, and understanding, and not shaming.” [But then Hannah] Proceeds to shame Luke for expressing his personal beliefs just because they don’t match up with hers and at the end of the show bullies Luke some more even after he has left the stage.” Meanwhile, H LOL wrote, ” I truly resent the way he was verbally abused, manipulated and misrepresented for ratings, while the real low-class individuals were protecting each other, including the bachelorette. All of them frankly despised him for being better than them, and sadly, the franchise fully supported this bully-mentality by a pack of cowardly losers.”

Twitterati react to the episode as well

Even Twitter, which can be unforgiving brought some people out against the bullying aspect of Luke P on Hannah B’s The Bachelorette. @tiffanijenee posted, “@chrisbharrison I adore you, but I felt you really let the bullying get out of hand tonight and were even sometimes pushing it towards that. It was such a disappointment. Let’s not turn the #bachelorette into Jerry Springer…”

Honestly was so difficult to watch the #bachelorette MTA it was cringeworthy at best ..whether you like @luke_parker777 or not ganging up on or bullying shouldn't be ok ..the fact that @TylerJCameron3 put this out just proves what a #classact this guy is ❤ https://t.co/HjHt9SRd1S

@Theblondebell chipped in with, “I’m not one to get personally offended very easily by things that happen in the world… but last night’s #MTA episode. Turns out the entire #bachelorette season was just an attack on biblical Christianity? Also, idc what your religion is, you don’t treat people like that.” A final quote came from @jenevieeee. They wrote, “Is it just me or did y’all think that everyone did Luke P dirty in the Men Tell All? Like especially what Hannah said to everyone at the end. I mean yes, he made mistakes and was cray cray but like I thought the hate was overboard.”

What did you think about all the bullying on Luke P in the Tell-All? Do you think it went too far, and ABC should have toned it down? Or, do you think he just got what he deserved? Sound off your thoughts in the comments below.

Jarrod Schulz Shakes Things Up With Girlfriend Pic: Where’s Brandi?!
‘Love After Lockup’ Spoilers: Why Was Courtney Arrested?
Danielle Busby Has Mixed Feelings As She Leaves Blayke Behind?
‘Pig Royalty’ – Renewed Or Cancelled On Discovery +?
Colton Underwood’s Nana Helps Him Find Love On Tinder – Did She Swipe Right?