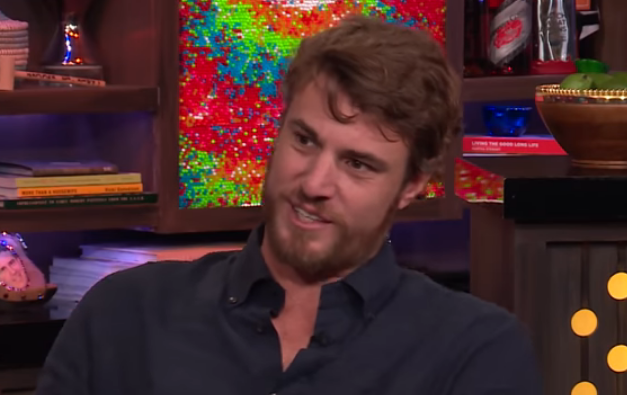 If you go onto Southern Charm star Shep Rose’s Instagram, you won’t be able to see anything. That’s because, it was hacked! Cameran Eubanks set the record straight after a post on Instagram said Shep needed money according to Bravo TV.

Just recorded the inaugural Shepisode of Shep’s new podcast, It’s Not about Me. We talked about quantum physics, neoclassical architecture and Craig. A lovely Italian dinner followed @codadelpesce. Shep even paid.

Cameran Eubanks received hundreds of DMs from people concerned about Shep after a strange post appeared on his Instagram. The post said Shep Rose had become stranded in California with no access to money. He asked for five hundred dollars.

Cameran took to her Instagram stories to set the record straight. She said, “his account was hacked, it wasn’t him.” The reality star said if you sent money I’m sorry, which means some fans clearly fell for the scam. She said someone got a hold of Shep’s phone.

Cameron also went on to say she talked to Shep and he’s fine because some fans were really worried he had been stranded. After fans reached out to Cameran to help figure it out, they hadn’t heard from Shep Rose. He finally commented on Twitter the next day confirming he had been hacked and said, “sorry for the confusion. It’s been frustrating.” Because Shep told his fans it was fake, maybe they can feel better now.

Reditters were on it the second it happened, dubbing the hacking, Instagate. The first post screen-shotted said if anyone could lend him, “five hundred, he’d pay back fifteen hundred on Saturday.” The post said he was stuck and his bank was on hold. Another redditter said Craig had also posted to his story telling fans to please not send Shep Rose any money. At least the Southern Charm cast helped their fans not make a mistake.

Another post said, “I thought my fans would be supporters, most are here for the show, not to help.” One redditer commented that he must have clicked on some shady links. It does make you wonder, how many people actually sent money for this. Anyone who watches the show or listens to Shep’s podcast would know that wouldn’t be his style. Shep’s account is now private, hopefully, he’ll accept my follow request so I can see his Instagram again soon.