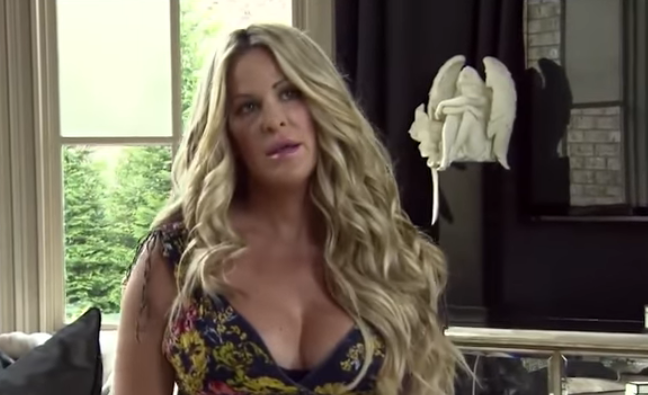 It’s a case of she said, the airline said for Kim Zolciak-Biermann and her daughter, Brielle Biermann. The Don’t Be Tardy stars had a terrible time on a flight from LA to Atlanta according to People. In true reality queen fashion, they made sure to tweet about it.

What Happened To Kim Zolciak-Biermann And Family With Delta?

According to the reality stars, Delta Airlines kicked them off the flight. It started on July 20 with Brielle Biermann tweeting that she was going to be angry if they missed their flight. Kroy Biermann, the patriarch of the Biermann family, had been stopped in security with the family’s dog. This started a chain reaction with KC and Kash crying because they thought the dog or their dad had been left behind

After that, the reality star tweeted that, “Tommy just kicked the whole family off because they were waiting for Kroy to come through with the dog.” That tweet has been deleted and was only visible in a screenshot.

Did Delta Really Kick the Biermanns Off The Flight And Make Children Cry?

Kim Zolciak-Biermann said on Twitter that it was unacceptable and the police were involved now. A representative from Delta told People, “Mrs. Zolciak-Biermann and family elected to board while her husband remained behind to provide proper paperwork for an emotional support animal.” It’s unclear who the dog was there for as it wasn’t mentioned.

The statement doesn’t mention anyone being kicked off the flight. A follow-up tweet on the 21st had Brielle saying they were leaving. On Us Weekly  Delta’s statement was further clarified. The article says Kroy arrived at the plane after the door had been closed and the family chose to get off. Delta also said they offered to help them make new plans, but they took care of it themselves

Make sure you don’t miss Don’t Be Tardy when it returns to Bravo. It should be a great season. They have been on a road trip and the cameras were along with them.

Braunwyn Windham-Burke Betrayed By Andy Cohen For ‘RHOC’ Firing?!
Jarrod Schulz Pleads Not Guilty To Assaulting Brandi, Trial Date Set
‘Autopsy: The Last Hours of Frank Sinatra’ Where To See, What To Expect
‘Love After Lockup’ Spoilers Update: Are Rachel And Doug Still Together?
WOW!! Looks Like Whitney Way Thore Has Lost Some Major Pounds