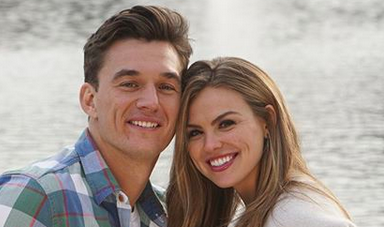 On The Bachelorette, fans love Tyler Cameron, who is better known as Tyler C. As of right now, he’s looking like a top contender. Of course, it’s going to be a total surprise who Hannah B. ends up choosing. Fans are speculating, but it’s unclear at this point.

We can all agree that Tyler's HOT. 🔥But, does Hannah see forever with him? #TheBachelorette

As it turns out, he’s gotten himself into a little bit of a legal problem that he needs to sort out. According to the Sun Sentinel, earlier this year, Tyler C. was involved in a car accident.

In May, once The Bachelorette was finished with filming, Tyler C. returned to his hometown, Jupiter, Florida. When he was there, he hit a pickup truck with his SUV. The pickup truck then hit another car.

Per the police report, Tyler C. said that construction equipment was changing lanes. Traffic was stopping and cars had to merge. Because of this, Tyler C. was forced to stop, but he couldn’t brake fast enough, which is what caused the accident. Fortunately, no one was hurt, with the exception of a bump on Tyler C.’s forehead.

After the accident, he was accused of “careless driving”. He was then given a $166 fine. There were also $19,000 in damages. As it turns out, he never paid that fine. The fine was supposed to be paid within 30 days of the accident, but Tyler C. failed to pay it.

This resulted in his license being suspended temporarily. His license has been reinstated because he paid the late fee but not the fine.

Tyler C. is pleading not guilty, but he missed the deadline for submitting that plea. It should have been done within 30 days of the accident. Because of this, he will go to court for a pre-trial hearing on August 6.

From what fans have seen between Hannah B. and Tyler C., they seem to get along great. They are very physical already and seem to connect with each other.

As mentioned, fans absolutely love Tyler C. They would love to see Tyler C. and Hannah B. end up together. There isn’t any reason that they might not end up together aside from this being a competition. Ultimately, the decision is up to Hannah B. Even though fans would choose Tyler C. in an instant, who knows what this year’s Bachelorette will do.

We heard you loud and clear. #TheBachelorette

If Tyler C. is not chosen by Hannah B., there is a good chance he will be the next Bachelor. It’s possible that this would still satisfy most of his fans, especially because he would be the main focus.

Overall, it’s possible that Hannah B. will choose him, based on their connection so far. We won’t know for sure until the finale airs.

Are you surprised to hear this about Tyler C.? Do you think Hannah will choose him or someone else? Leave a comment below.