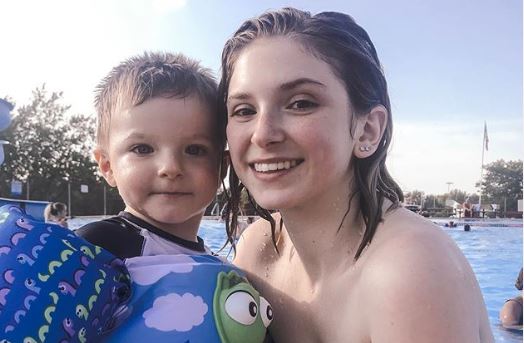 Unexpected star Mckayla Adkins just dealt with a scary situation while at the park. She went to her YouTube channel to share what happened with actual video of part of it. The reality star does a great job of keeping her fans updated via her social media channels.

Mckayla Adkins details what went down at the park

Mckayla Adkins of Unexpected was with her friend Hope at the park. She had her child and Hope’s child in a stroller. She left the baby at home because it was hot. There was a stranger there and he made her uncomfortable.

She says that a very strange man was at the park. Mckayla shared they were walking toward the playground when they decided to go to the pond. That way they would have an area where they could be alone and enjoy time with the kids. They decided to take some cute pictures with the kids. You can check out her entire video below.

Mckayla Adkins explained that a guy was walking slowly toward them. He was totally alone. The man kept screaming at them saying “What are you doing”? She tried to ignore him at first. Her friend Hope went over to talk to a police officer who was there. Then the guy started walking away when he saw them talking to the police.

The police officer followed them to the exit and watched them leave. He was also watching the man. They have no idea what happened after they left. Mckayla wanted to warn everyone to always be safe with your kids. She also said she normally takes pepper spray with her, but she left it at home that day.

How is Mckayla doing now?

Mckayla now has a second child and she is enjoying her life. The new season of Unexpected will give a lot of updates on how she is doing and what is going on.

She is now 19-years-old with two children. Back in January, she shared that she wasn’t with their father Caelan anymore. More updates about this should air on the new season of Unexpected.

Make sure you don’t miss new episodes of Unexpected on TLC on Sunday nights.